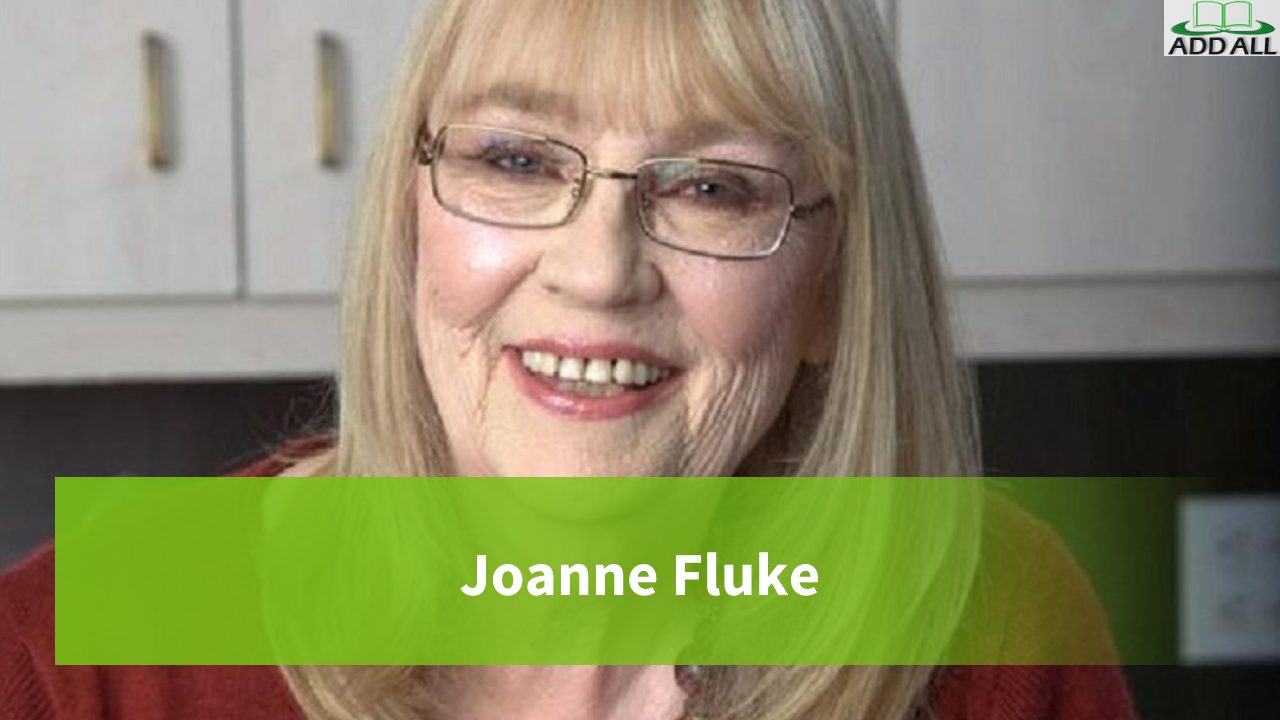 Joanne Fischermann is an American author who writes under pen names. Her Joanne Fluke books are the most well-known, although she has also written using the pen names John Fischer, R.J. Fischer, and Jo Gibson.

Like the heroine of her New York Times best-selling franchise, Joanne was raised in rural Minnesota and lived in a tiny village that inspired her Lake Eden setting in the greatest Joanne Fluke novels.

Joanne supported her literary profession by working as a secretary, teacher, musician, and detective’s assistant. So if you are searching for cozy mystery authors to read, Joanne Fluke is a great place to start.

Her Hannah Swensen series has all the trademarks of the finest cozy mysteries – delicious baked goods, small-town hijinks, and a tough-as-nails crime-solving heroine. The following are the 10 best novels published by Joanne Fluke according to reader ratings.

This article will assist you in selecting well-known Joanne Fluke novels. So grab a blanket and a platter of your beloved baked goodies, and settle in for some tasty mystery suspense books with a side of chocolate.

Hannah Swensen, the daring amateur detective and proprietor of The Cookie Jar, Lake Eden, Minnesota’s most famous bakery, is introduced in Chocolate Chip Cookie Murder. This is where it all began.

In the primary Hannah Swensen novel, published in 2001, the eccentric protagonist runs the most renowned bakery in Lake Eden while attempting to avoid her mother’s efforts to marry her to every eligible suitor in the area.

When the Cozy Cow Dairy’s delivery driver is killed at the back of her bakery, with crumbs from her renowned Chocolate Chip Crunchies all over the place, it appears that somebody is attempting to implicate Hannah or tarnish her cookies’ good name!

Despite her tendency to take over, Hannah is a likable character. The author’s approach to story-writing is casual, though sometimes delayed by too much inane conversation. Overall, a thoroughly enjoyable debut with some wonderful recipes thrown in for good measure. If you are searching for an excellent, light-hearted book about cookies and murder, this is the book for you.

Hannah Swenson is overjoyed when Hartland Flour chooses Lake Eden as the setting for their first-ever Dessert Bake Off. She feels all the more gratified to have been picked as the chief judge.

Her joy is short-lived, however, as her colleague judge, Coach Boyd Watson, is discovered killed, his face pushed into one of Hannah’s legendary strawberry shortcakes. Is it possible that one of the candidates was the perpetrator?  And, if that is the case, are the other judges on the hit list as well?

Hannah is unable to sleep until she discovers the truth. Then, Hannah sets out to solve the case with her customary bravery, sense of humor, and determination, before somebody decides she would be better off dead.

This book is another fun whodunit with a refreshing change of pace that has helped it become a fan favorite. It is a fitting sequel to the first Hannah Swensen Mystery, Chocolate Chip Murder.

When Uncle Gus is found dead during a family gathering planned by Hannah’s business associate, suspicion instantly lands on Grandpa Jack, who has Alzheimer’s disease. But, on the other hand, Hannah believes there is more to the crime than meets the eye and goes out to investigate it with her trademark humor and intelligence.

The actual brilliance of the narrative resides in its celebrations of pastry, sugar, and excess, which is so pleasurable to read about since our daily routines do not usually entail eating four slices of carrot cake for breakfast.

It is also benign voyeurism at its finest since while the confection-laced content is fictitious, it is still entirely relevant for sugar junkies like most of us. So give this one a read if you just want to kick back and let your mind explore the intricacies of sugar-laced murder drama.

No one creates a more tasty, suspense-filled thriller than Hannah, Fluke’s dessert-baking and a red-haired protagonist whose ginger cookies are as sharp as her retorts and whose knack for investigating murders has made her a bestseller classic.

In Fluke’s ninth small-town novel, occasional detective Hannah Swensen, Cookie Jar’s proprietor in Lake Eden in Minnesota, judges the Tri-County Fair baking competition. Hannah is determined to find the murderer of one of her colleague judges, home economics instructor Willa Sunquist. Was it someone from Willa’s enigmatic past? Or was it a student she failed? She has no choice but to investigate.

While Fluke is mainly known for her deliciously woven novels surrounding Hannah Swensen, she has authored several stand-alone bestsellers, which have not failed to gather special attention from its readers. One such novel is Final Appeal.

Michael Hart was convicted guilty of killing his wife by a jury 10 years ago. Hart, who is held in a state institution for the criminally ill, has never ceased fighting for his innocence. He finally has the opportunity to prove them wrong by escaping.

Michael is now forced to rely on two partners to find an alibi. One is a lovely lady who believes in his narrative. The other is Michael’s brother, a lawyer who will lose everything. However, all the proof in the world will not suffice to reverse 12 guilty judgments, not when members of Michael’s jury start being brutally murdered.

Final Appeal attempts to teach its readers about mental illness and how it affects those who suffer from it. This was a daring move, considering the time it came out. In addition, Final Appeal emphasizes greed and status’s effects on individuals.

Hannah is taken aback when her partner Norman Rhodes surprises her with his idea to buy a property and demolish it to create their dream home together. But it is merely the beginning of surprises. Hannah is anticipating a visitor, but her plans are thwarted when she discovers a body in the basement.

When Hannah and her mother start going through the vintage items left in the house, they come across the body of the former owner, Rhonda Scharf, next to a half-eaten fancy dinner that included one of Hannah’s lemon meringue pies. So she tries to identify the murderer using her only clue, one of her luxurious lemon meringue pies has a slice missing. Hannah will have to figure out what happened to Rhonda if she wants to live in her ideal home.

Food is undoubtedly the primary character in this novel, as it is in most others. As a result, one of the novel’s most appealing aspects is the frequently corny, exaggerated culinary puns. Not to mention the whimsical wordplay, which Fluke employs for comical purposes just in case the book’s obedience was not obvious enough.

Hannah Swensen, the proprietor of Hannah Swensen Bakery, leaves Lake Eden to assist a friend in sunny California. However, a surprise phone call quickly transports her back to a chilly Minnesota winter and murder.

Hannah rushes from a movie studio sound stage to the Los Angeles airport after learning that her sister Michelle’s boyfriend, Detective Lonnie Murphy, is the prime suspect in a murder case.

The Hannah Swensen series resumes with Coconut Layer Cake Murder, which has lovely small-town friendships laced with just the perfect amount of violence and bloodshed. Hannah, her friends, and her family are the pinnacle of feel-good people who always endeavor to do the right thing.

Hannah’s resilience and positive outlook, even in the face of adversity, are inspiring. Life in Lake Eden, a Minnesota town equipped with a cast of quirky people, harkens back to a more specific period. The book includes delectable recipes credited to Hannah’s hand and a thrilling mystery with plenty of twists.

In Fluke’s 19th Hannah Swensen mystery, the mischievous Lake Eden, Minnesota baker is a bride-to-be participant in the Food Channel’s Dessert Chef Competition. However, when the head judge and renowned chef Alain Duquesne is killed mid-contest and her sister, Michelle, discovers the body, Hannah feels honor-bound to uncover his murderer.

Wedding Cake Murder features a lot of fluff, much like all of Hannah Swensen’s other books. With many delicious and various subplots, including Hannah’s wedding, the culinary contest, and Hannah’s connections with her friends and family, this cozy mystery is intended to be a light, fluffy read. This is a fan favorite of many as the readers finally witness the protagonist walking down the aisle.

When Larry Jaeger, the proprietor of the Crazy Elf Christmas Tree Lot, is killed, bakery owner Hannah Swenson must dig through a slew of suspects at the busiest time of year before a deadly Scrooge strikes again.

The Christmas season serves as the setting for Fluke’s jovial 12th Hannah Swenson holiday thriller. Plum Pudding Murder is the ultimate Joanne Fluke novel for fans of all things Christmas. It is festive, snowy, and full of holiday happiness and recipes.

The sheer quantity of cookie recipes alone makes this cookbook a must-have for bakers, but there are also fudges, brownies, cakes, and other sweet treats, as well as hearty dishes. To top it all off, it features a brief murder narrative that introduces readers who have not read the Hannah Swensen series to the cast of characters.