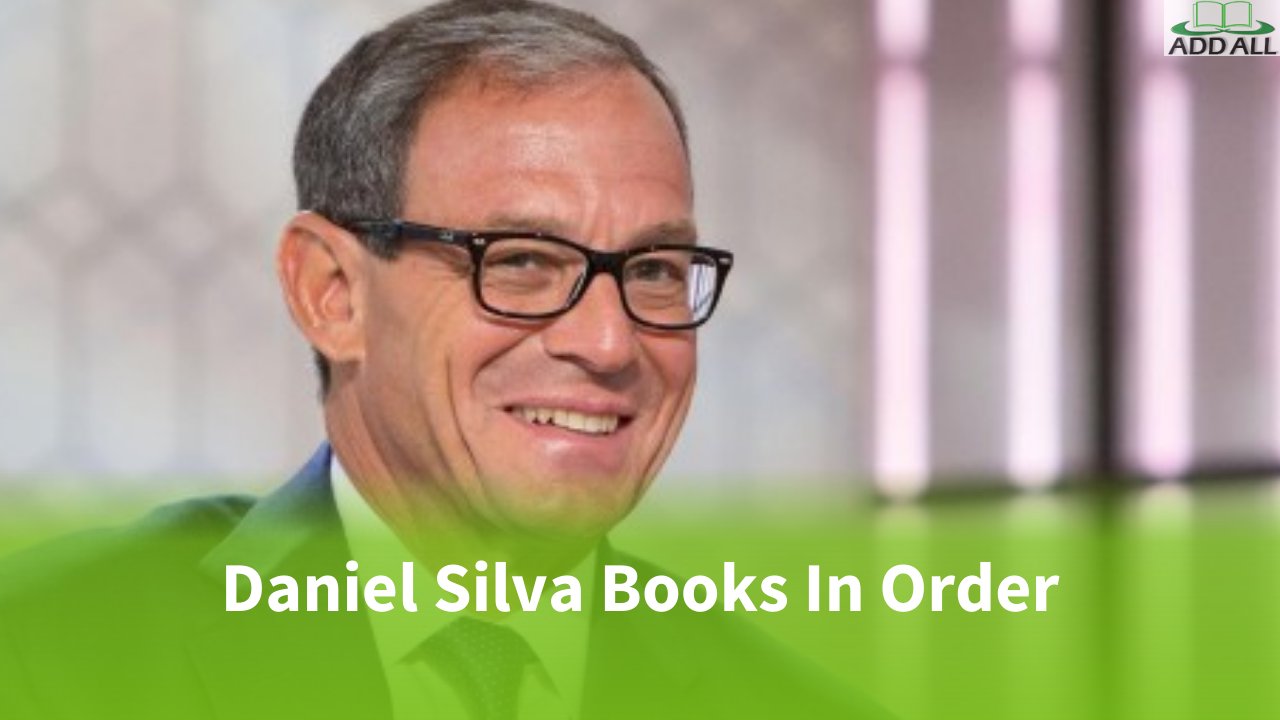 Daniel Silva is a famous American author in the spy thriller genre.

Silva was born in Michigan in 1960 but grew up in California. His father owned a construction company that allowed him to travel with his family throughout Europe. This exposure to many languages inspired Silva’s interest in writing espionage novels.

Daniel Silva began writing after college while working as a journalist. His first book, The Unlikely Spy, was published in 1996. Silva has now written over two dozen books, and his work has been translated into over 30 languages.

Some of Silva’s more notable titles include “The Kill Artist”, “The English Assassin,” and the New York Times Bestseller, The Cellist (2021).

His work has won numerous awards, including the Barry Award for Best Thriller “The Messenger” (2007) and “The Fallen Angel” (2013).

Silva’s books are engaging and well-written. The main character in Silva’s books is often a skilled assassin or spy who must overcome dangerous obstacles to complete his mission.

Silva is a master at creating compelling stories with believable characters, and his stories are thrilling and keep the reader engaged until the end.

Should we read Daniel Silva’s books in order?

You do not need to read the Gabriel Allon books in order, but they will better understand the characters if they do.

You can start with The Messenger, move on to The Secret Servant, and then read House of Spies. However, some of the books reference events in previous novels, which is not a big issue.

Who is Gabriel Allon?

Gabriel Allon is a fictional master spy and assassin in the series of spy fiction books written by Daniel Silva.

He is an art restorer and a spy for the Israeli intelligence service, known as the Office.

His stories occur in many different locations across Europe, such as Amsterdam, London, and Paris.

He has also ventured into the Middle East in Syria and Saudi Arabia.

What is Gabriel Allon’s motive?

Gabriel Allon is a skilled assassin and art restorer who is often called into service by the Israeli government to stop terrorist threats.

He is very good at what he does, and he feels a sense of responsibility to protect his country from harm.

What kind of person is Gabriel Allon?

Gabriel Allon is a complex character who feels the world’s weight on his shoulders. He is driven by his past and desire to do what is right. He is also a loyal friend and husband.

His experiences have shaped Allon as an assassin and as a father. He is haunted by the deaths he has caused, but he also understands the need for violence in the fight against terrorism. He is a moral man who believes in justice, and he is always willing to put his life on the line to protect others.

Gabriel Allon is primarily successful in his missions, but balancing his family life with his career is difficult.

He never wants to put anyone he cares for in danger, but that often happens during his adventures.

On the other hand, Gabriel finds great happiness through the people who become part of his life while doing what he does best.

The Messenger is a Gabriel Allon novel by Daniel Silva. It is a spy thriller set in the world of art theft.

The Messenger was a New York Times Bestseller and the 2007 Barry Award for Best Thriller.

Gabriel Allon, an Israeli art restorer, and the former assassin, is called back into service by the secret organization known as the Office to investigate a terrorist plot against the Vatican.

When a sizeable outdoor ceremony at the Vatican is bombed, killing hundreds of people, Gabriel rescues the Pope and identifies the attack’s mastermind as Ahmed bin Shafiq, a wealthy Muslim financier with ties to terrorism.

Allon must race against time to stop Shafiq that would wreak havoc worldwide.

The Messenger is a fast-paced thriller with plenty of action and suspense. Silva is a master of the genre, and this book is sure to please fans of the genre. Gabriel Allon is a fascinating character, and Silva does a great job of depicting the inner workings of the art world. The plot is well-constructed, and the suspense never lets up.

The English Assassin is the second novel in the Gabriel Allon series by Daniel Silva. It was published in 2002.

Gabriel Allon is a former assassin turned art restorer sent to Zurich to restore an art piece for a reclusive millionaire banker.

Gabriel finds the banker murdered and a priceless art piece missing upon arriving. Gabriel quickly realizes he’s been set up and begins to investigate the banker’s past.

Gabriel discovers a web of secrets, lies, and betrayal, leading to a dangerous mastermind who will stop at nothing to see his plan succeed.

This novel has many layers; it deals with politics, history, and art while exposing dark truths about World War II. It reveals how the Swiss profited from looting art treasures with Nazis.

However, certain parts are fictionalized for the sake of storytelling.

Silva’s well-researched novel is praised for its historical accuracy as well as its fast-paced, thrilling plot. This novel is a thrilling read with plenty of suspense, action, and intrigue. Silva does an excellent job of painting a picture of the events and brings the story to life with well-developed characters.

The Kill Artist is the first novel in Daniel Silva’s Gabriel Allon series. It was published in 2000.

Gabriel Allon is a former member of Israeli intelligence and a master art restorer. He retired from intelligence work following the death of his wife and son.

The novel follows Gabriel Allon as he is drawn back into intelligence work to track down and kill a terrorist who killed his family. The novel explores the motivations of both the Israeli and Palestinian characters.

You will follow Gabriel Allon as he travels all over Europe and the Middle East in his quest to find the terrorist. The novel culminates in a showdown in the USA.

The Kill Artist is for fans of spy and thriller novels. It is a fast-paced novel with many twists and turns, which keep you guessing until the end.

The Kill Artist is also for fans of modern Middle Eastern Literature. It explores the motivations of both Israelis and Palestinians in their conflict.

Patriotism, revenge, faith are all themes you will encounter while reading The Kill Artist.

If you enjoy thrillers such as the Jason Bourne series by Robert Ludlum, you will enjoy The Kill Artist.

The Black Widow is the sixteenth novel in Daniel Silva’s Gabriel Allon series published in 2016. The novel was inspired by the November 2015 Paris attacks.

The novel follows Gabriel Allon as he investigates a bombing in Paris that reveals the ISIS terrorist threat to world peace. Allon must stop the mastermind of the attack, Saladin before he can cause any more damage.

The novel is a thriller with prescient insight into the workings of ISIS. It is also a thoughtful journey into the heart of darkness.

This book is a must-read for anyone who wants to understand what is happening in the world today and how terrorism can affect all of us. It is frighteningly real and so well written!

The novel was published in 2010 and is a thriller that follows Gabriel Allon as he investigates an art heist. The painting in question is a Rembrandt stolen from a museum in Amsterdam. The painting is thought to be a forgery linked to several deaths. Allon must stop the heist’s mastermind before any more damage can be done.

Silva’s novels are always well-researched and provide a lot of background information on the topics they cover. The Rembrandt Affair is no exception and is sure to keep readers hooked until the very end.

The novel begins with Gabriel Allon, who takes time away from his duties as an art restorer. The novel follows him as he investigates Grigori Bulganov’s disappearance and uncovers a plot by Ivan Kharkov to sell weapons of mass destruction to terrorists. Grigori is a former Russian intelligence officer who saved Gabriel’s life in Moscow.

Gabriel is determined to protect him, even if going up against Ivan Kharkov.

The novel is a page-turner that provides insight into the world of Russian arms dealers and the fight against terrorism.

The novel is a thriller with prescient insight into the workings of the Russian government. It is also a thoughtful journey into the heart of darkness.

7. Portrait of a Spy

Daniel Silva’s Portrait of a Spy is a spy fiction novel about stopping terrorism.

Allon is the story’s main protagonist, who has to take arms against terrorist forces to stop their ongoing activities. On the other hand, Nadia al-Bakari is a Syrian Arab woman who works with Allon to stop terrorist activity from taking place around the world.

Gabriel’s assignment is to design a plan to stop the ongoing terrorist activities. Gabriel’s plan is successful, but after everything goes as planned, Nadia is kidnapped. Gabriel must now find out where Nadia has been taken and save her from certain death.

Alfred Vicary has to protect Operation Mulberry in the lead-up to the invasion of Normandy in 1944.

The German spy Catherine Blake is close to learning the secret. So Vicary devises and carries out his plan of Double Cross, which deceives the Germans without them knowing. The Germans remain ignorant of the secret they tried to reveal, which caused their defeat in World War II.

The book begins with Gabriel Allon being assigned to go to Amsterdam and delete files from a dead Dutch terrorist analyst’s house. Little does Gabriel know that this will set him on a path of espionage and intrigue leading into London.

Gabriel quickly realizes that a terrorist plot is unfolding, and the target is Elizabeth Halton, the American ambassador’s daughter. Unfortunately, Gabriel arrives too late to save her, and she is kidnapped instead.

He then dedicates himself to finding her, even though it means putting himself in great danger. He encounters one of the kidnappers who recognizes him, and he is marked for death and must now find her before the deadline for her execution.

The clock ticks down to her execution, and Gabriel uses all his skills to stop it. Silva weaves a tale of action and suspense that will keep readers on the edge of their seats.

House of Spies follows Gabriel Allon to stop a terrorist attack on London. However, Gabriel discovers that the Islamic State has bigger plans than just terrorism as he investigates the attack. They want to wage war on the West.

Silva does a great job of showing the danger of the Islamic State and how its tactics are evolving.

He also shows the complexity of the relationships between different countries and intelligence services. This is an excellent read for fans of thrillers and spy novels.