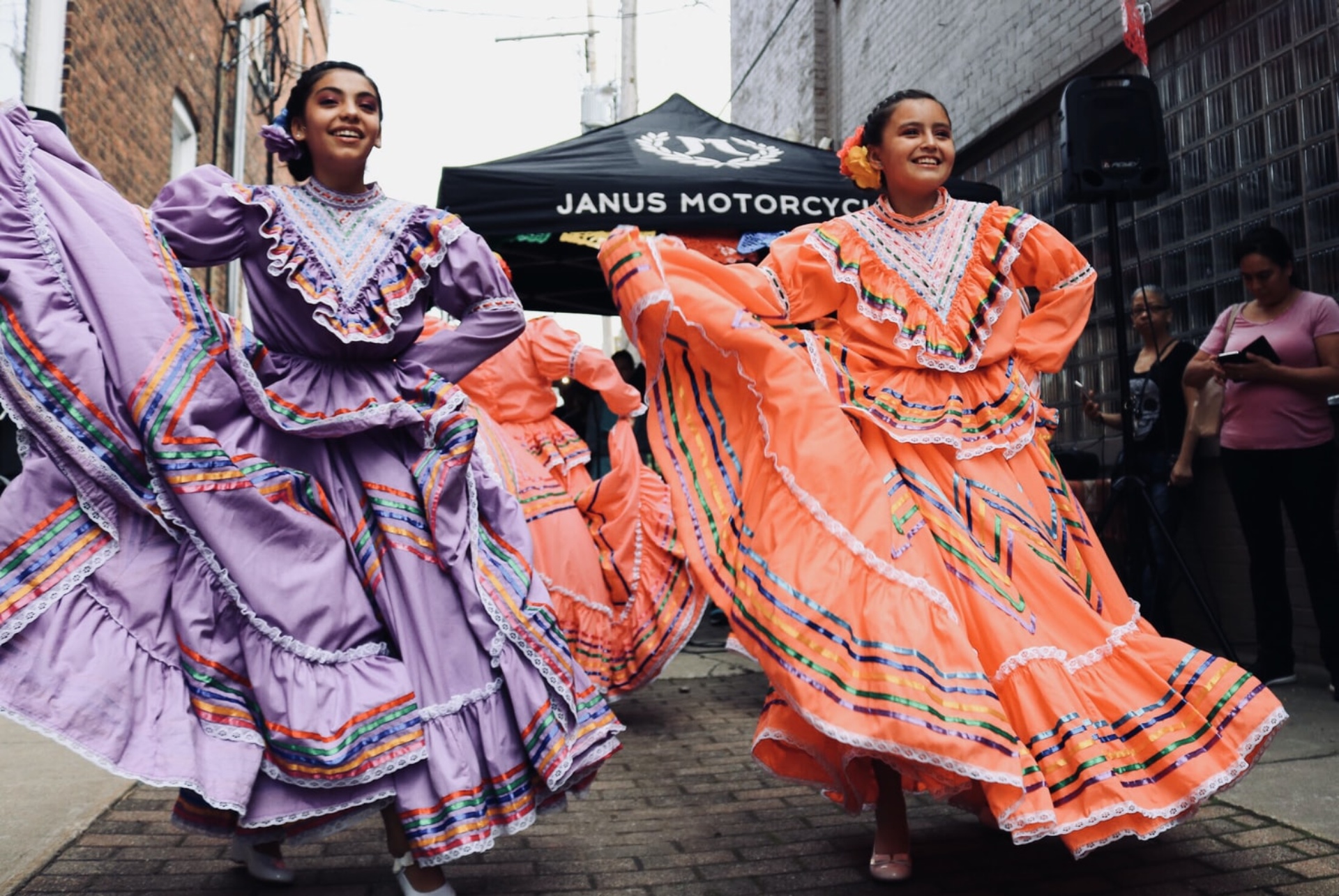 Spanish is the official language of 20 countries around the world, so whether you’re headed to the plains of Spain or the forests of Central and South America, knowing how to speak the language puts you at a major advantage.

Reading is one way to help you improve your level of speaking, comprehension, and grammar, but which books should you read?

Our list below contains a mixture of some of the best Spanish books to add to your “to read” pile. From novels to grammar books, we suggest some interesting titles for people at all speaking and reading levels of this romantic language.

So you set out in search of the best Spanish books. Great! What kind?

The term is a bit broad, so you will need to narrow down your search field a bit more so we can help you find the right book.

Are you studying the language or do you already speak it? Are you looking for something educational or a fun read?

If you’re a native English speaker studying the language, then look for the opposite – so, books that explain Spanish in the English language.

If you don’t speak Spanish, but you would like to read a novel written by a Spanish-speaking author, check to see if the book has been translated into English.

The same goes for native Spanish speakers who would like to enjoy a popular novel written by an English-speaking author. Most publishers will translate a best-seller into multiple languages, Spanish being one of them.

Consider a Book Set in a Spanish-Speaking Country

Three books on our list are set in a Spanish-speaking country.

Como Agua para Chocolate, written by Laura Esquivel, is set in turn-of-the-century Mexico and written in the Spanish language. If you’re a native speaker or feel comfortable enough with your level to tackle a novel, this is a timeless classic that will deepen your love for Mexican culture.

The other two novels are written in English and set in romantic Spain. Hemmingway fans might enjoy Death in the Afternoon, a novel that details bullfighting in Spain, and anyone who has ever traveled to Granada should read The Poet’s Wife.

We decided to focus on novels in our review section, but if they don’t sound appealing to you, check out the other great options on our list.

From language learning to books in English that are set in Spanish-speaking countries, you’re bound to find one that sparks your interest. 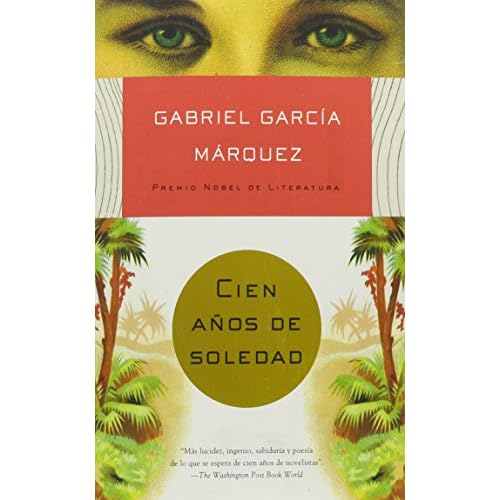 Cien Años de Soledad (100 Years of Solitude) is one of writer Gabriel García Márquez’s most famous pieces that highlight the history of the Buendía family.

The book opens with a scene of Colonel Aureliano Buendía standing in front of a firing squad, followed by any pages that circle back in time to provide you with a clear 100-year backstory of the entire Buendía family and the fictional town of Macondo, founded by José Arcadio Buendía.

The blend of realism, tragedy, comedy, and magical elements shot this book to Spanish literary fame in the late 1960s and 70s, so much so that it has been translated into dozens of other languages and is still highly regarded today.

Those who aren’t ready to tackle a novel written in Spanish can read the English version. 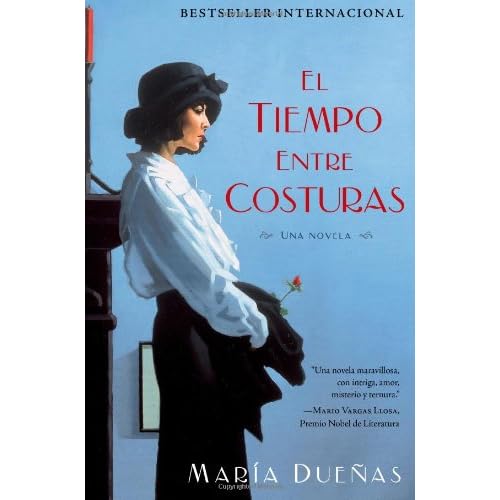 This novel written by María Dueñas is set in Madrid during World War II. It follows the life of Sira Quiroga from childhood to her early twenties when she begins to master the seamstress skills learned at an early age.

The book centers around her ability to sew beautiful pieces of clothing, a skill that the wives of prominent Nazi officers greatly appreciate.

Sira eventually finds herself working as an undercover agent, but will she get caught?

The author’s mixture of love, tragedy, loss, romance, and intrigue is addicting, with strong characters and a strong heroine.

The book centers around her ability to sew beautiful pieces of clothing, a skill that the wives of prominent Nazi officers greatly appreciate.

Sira eventually finds herself working as an undercover agent, but will she get caught?

The author’s mixture of love, tragedy, loss, romance, and intrigue is addicting, with strong characters and a strong heroine.

615 pages will seem like 60 at the rate you’ll be flipping the pages of this book! 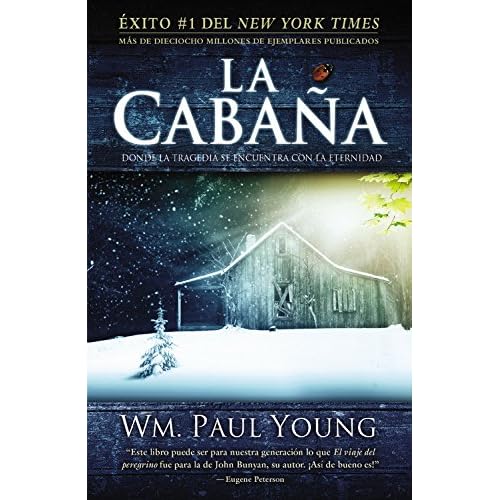 WM. Paul Young’s wildly successful book “The Shack” has been translated into many languages, including Spanish.

Mackenzie’s daughter Missy gets abducted, and the family fears the worst. In an old abandoned shack in Oregon, evidence is found that leads them to believe she has been murdered; however, the years pass, and still he has no solid answers.

When Mackenzie receives a note encouraging him to return to the shack, where he will find…

You must read the book to find out!

It touches on questions about religion, God, and the Divine in a way that no other author has been able to do.

You’ll cry, you’ll hold your breath, you’ll sit on the edge of your seat, and you’ll quickly see why this book has received such high acclaim.

Native Spanish speakers will thoroughly enjoy it, as will those with a high reading level in the Spanish language.