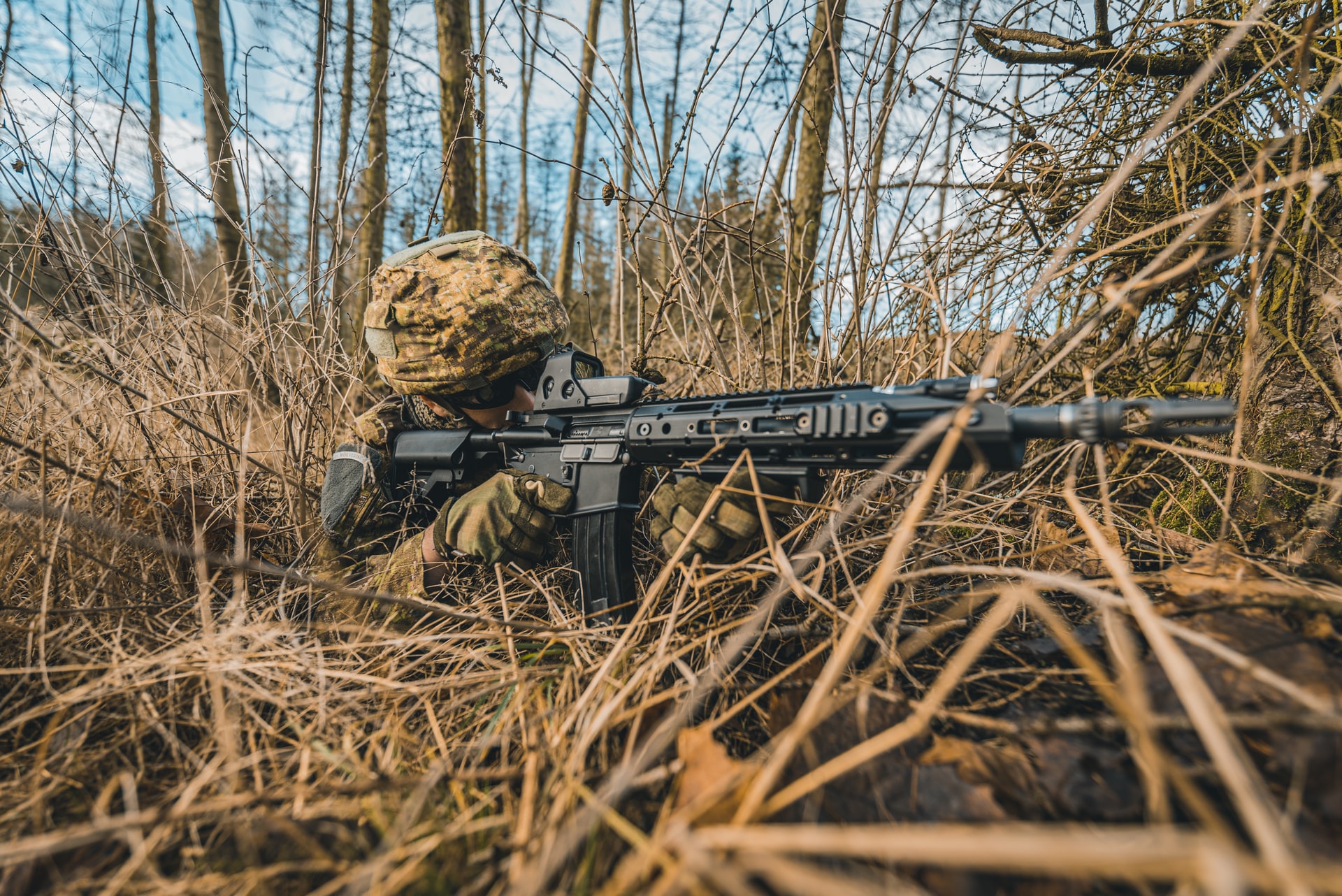 We all know that the military is one of the most important institutions in our society and it’s been around for centuries. It doesn’t matter what branch of service you are in or who your favorite general is, there is always something new to learn from these magazines.

Military fans who want to get their hands on the latest updates in military news and events should be sure to check out these 9 best military magazines.

Military Heritage magazine is a quarterly publication that honors and celebrates the people, places, and events of armed conflict. Military officers, scholars of military history, and other experts come together to bring this truly unique publication to light. Professionally written by leading experts in history, Military Heritage tells the stories of how some of the toughest battles in military history were waged back-to-back and which commanders prevailed to become legends.

Artwork from famous museums collects stories you won’t read elsewhere – as well as never-before-seen research on high-ranking commanders in battles. Whether your interest lies with ancient warfare or modern combat strategy, each issue covers aspects that help make sense out of some of the most impressionable moments in humanity’s existence.

The collection also includes original maps detailing various locations throughout time periods like WWII and Vietnam War campaigns; reports written by survivors provide an incredible insight into what it was like during these brutal times when bullets flew freely across battlefields. This historical resource is more than a magazine but instead an illustrated timeline that anyone -from students to teachers to historians- can enjoy.

Military Vehicles Magazine is a publication aimed at military vehicle enthusiasts, historians, and collectors. Columns are devoted to exploring historic vehicles of all kinds, logging the latest rare sightings from overseas battlefields in Iraq and Afghanistan, plus pursuing the artistic aspects of war through models & toys.

Military Vehicles is both a magazine and an extensive resource for military vehicle and weaponry information. It focuses on providing the latest in news of these historic weapons, as well as factual guides. Your favorite weapon may be found inside, with rich histories told from firsthand accounts of combat veterans who have seen them do their jobs time and again. Find advice on restoration and care, buying tips, costs regarding restoring your own vintage jeep with new parts versus complete replacement, commentary from experts on what to do when they’re found abandoned outside Baghdad-they can tell you all about it!

Military history magazine tells you about battles from a variety of periods whether its ancient times or recent. You hear what life was like for commanders who led the charge and how weaponry has evolved throughout the centuries. It’s enlightening reading not just for scholars but anyone with an interest in war stories.

Military History magazine is all about exploring the history of warfare and understanding how it shaped our world. Learn more about past battles, read its stunning photos and captivating tales of famous military commanders, and get to know some of the technical advances that make war happen. It’s a one-stop destination for anyone with an interest in military history!

If you’ve ever wanted to see how far humanity has come from ancient times when spears were used as weapons instead of AK-47s, this is the one for you!

Combat Aircraft Magazine is a special magazine for aviation professionals and enthusiasts. It features in-depth content of military aircraft and industry, discussion about current models and prototypes, picture galleries from air shows, formations, tactics, and more.

Every issue of Combat Aircraft Magazine is brimming with detailed articles on aviation subjects that range from multiple makes and models to the latest combat aircraft, aerial formations, tactics over Europe, and air shows around the country. With reports from notable experts in military aviation coverage and illustrated by some of the world’s best photographers among content choices for readers across all levels of interest – whether history buffs or those who want to study military budgets – Combat Aircraft Magazine provides a thorough entry point into one such specialty-within-a-specialty genre.

Combat Aircraft Magazine also contains detailed editorials covering both modern warfare as well as war stories from days gone by when aviation was still new to the world—such as World War II or the Cold War era when it seemed like these machines would be the future of combat. Illustrated with high-quality images from some of the best photographers in the business because if you can’t see every detail on these amazing machines it practically feels like you’re missing out!

If you’re in the military, serving abroad, or just have an interest in any form of aviation, Air Forces Magazine is essential reading.

Air Forces Magazine combines today’s military technology and the world around us with engaging, practical articles that anyone interested in aviation will love. Whether it’s tactical insights from a U.S. Air Force squadron commander or an analysis of the U.S.-Iranian conflict, you’ll want to make sure you’re up to date on what is happening in air forces all over the world and how these events impact our national security with Air Forces.

This magazine provides insight into the latest military technology to give its readers and up-to-date analysis on the world’s air forces in conflict with their heavy investment in tactical air power – an increasingly decisive weapon in modern warfare. Interesting articles are found throughout each edition from around the globe – making this a must read for anyone seeking a well informed view of modern day military aviation news coverage worldwide.

Military History Quarterly is a journal that takes you on an exciting journey through world history from a military perspective. It explores the origins of armed conflict up to modern-day battles.

Opening this magazine will take you on an exciting journey through world history. Starting from when the first evidence of warfare was found in 11,000 BC to what is happening now. This award-winning journal covers in vivid detail the soldiers, leaders, tactics, and weapons that have shaped battle until today’s future challenges.

For military enthusiasts it is more than just a read; it’s an escape into a hidden world with recurring features. Whether you want to be entertained or encouraged by stories from other eras where bravery triumphed over humiliation, then this is for you!

A must have for any reader who wants to discover new insights into historical warfare every quarter!

Military Spouse magazine is an informative and heartfelt publication. Military spouses share what it’s like to go from living on the civilian side of life to being suddenly faced with new challenges.

The magazine provides them with fresh insight into all aspects of their lives as they work in or live near a U.S. military community – from exploring various hometowns to discovering exciting travel destinations that are minutes away from any base! Providing a glimpse into today’s military world and its diverse society- from what to expect for redeployments, how to cope with PTSD, or how much should one spend on Christmas gifts- Military Spouse magazine documents life as it unfolds while engaging readers about contemporary topics and trends in popular culture.

Professional Mariner magazine is the ultimate resource for anyone interested in the latest North American maritime news. It contains safety news and gear reviews for mariners and content for those passionate about the maritime industry.

Every issue of Professional Mariner features up-to-date information about commercial vessels from around the world, injury reports, the testimony of current events in North American nautical operations. Professionals from different industries help give readers a competent insight into what it takes to be successful working in today’s marine sector. Inside each copy, you will find authoritative articles on topics like subsea technology, ship design basics, and maintenance tips, and legal regulations affecting your business interests.

Military Trader is the magazine out there that provides all the information collectors need. Military enthusiasts are always looking for new pieces to add to their collection, but who has room to store them? Military Trader can help with this because it specializes in auctions and sales!

Each issue features reviews on where you can find military memorabilia as well as contact numbers for all of your favorite dealers, so you know you’re not buying from some shady character online. They update readers every month with trending topics in militaria collecting involving vintage World War II uniforms and even offer classified ads for items people want to sell or trade. There’s definitely something here for everyone, no matter if they’re a long-time collector or just getting started!