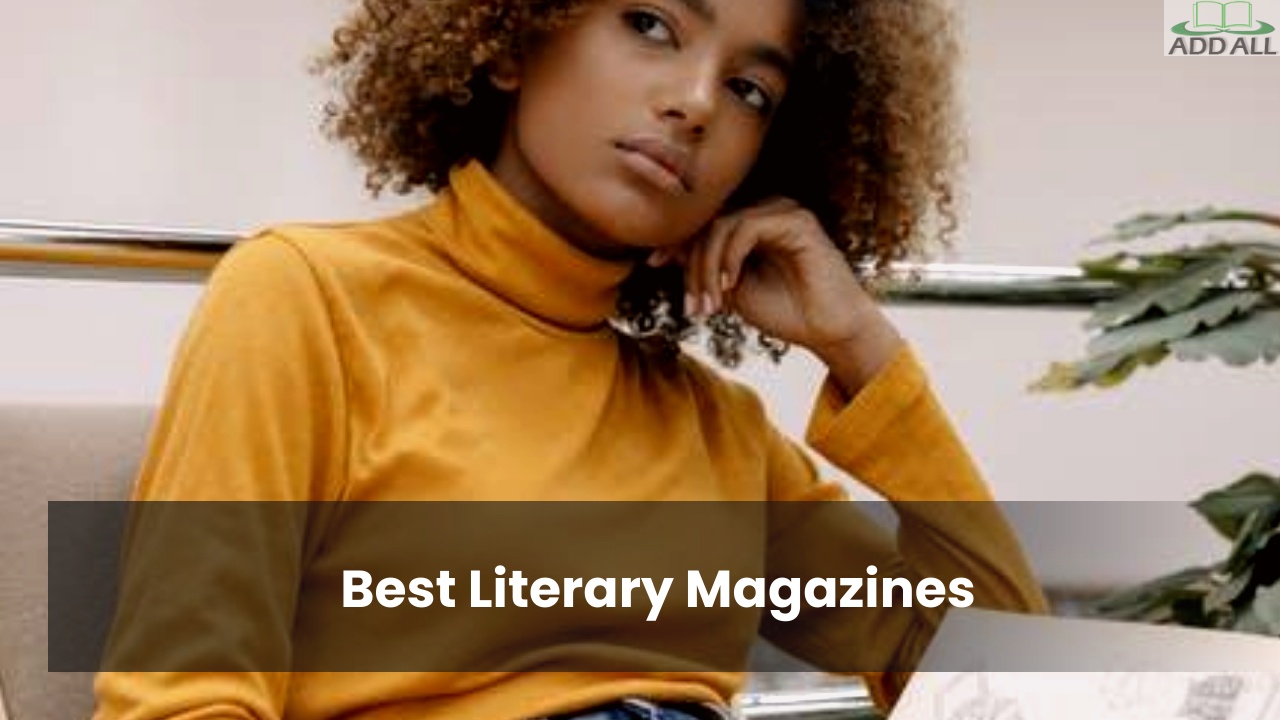 Was it difficult to rate the literary magazines on our list below? Yes.

We realize that everyone has different criteria, ranging from the number of times a story published in one has been featured in the Best American Short Stories to the number of years that they’ve been publishing (not to mention the quality of the content).

Based on our research, we were able to choose a variety of the best literary magazines for both readers and writers alike.

We know that the list could be much longer than 10, but this is the best place for you to start.

Once you’re familiar with these, then you dive further into the literary magazine and journal world. You certainly aren’t lacking choices!

As a reader, you’re probably more interested in the quality of the articles and the type of content the magazine prints.

As a writer, you have a different approach to literary magazines since you probably want to submit an article and you aren’t sure which one is right for you.

There are numerous things to consider as you compare and contrast. If you’re a new writer who has never been published, your criteria will differ from that of an experienced writer.

Here are a few ideas.

Here are a few more tips for those looking to have their work published.

Their job it to organize and print quality content for their readers, not to giving writers a step in the world.

Head to the literary magazine’s website and read their “About” section to get a good sense of where they come from, who they are and what their goals are.

You can’t expect them to read every single piece that sits on their “to-read” pile from front to back.

As a submitting writer, that means that you need to send the final (and we mean triple/quadruple checked final) version of your work and to make sure that you’ve followed the submission rules.

Are there more literary journals out there? Of course

We just offer you an excellent place to start!

Have a look at the top three below and if they’re not quite what you were looking for, then check out the other great options on our list. 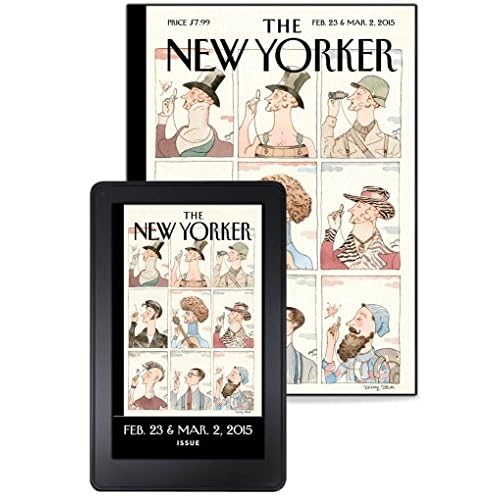 On its pages, you will find a mixture of book reviews, commentary on pop culture, art, and political cartoons. Rightfully so, the short stories and essays are very much focused on the NYC lifestyle, but this doesn’t present a problem. New York is so appealing and intriguing that the magazine easily attracts both national and international readers alike!

Reading it is a pleasure and having your writing featured in it is an honor.

The best of the best! 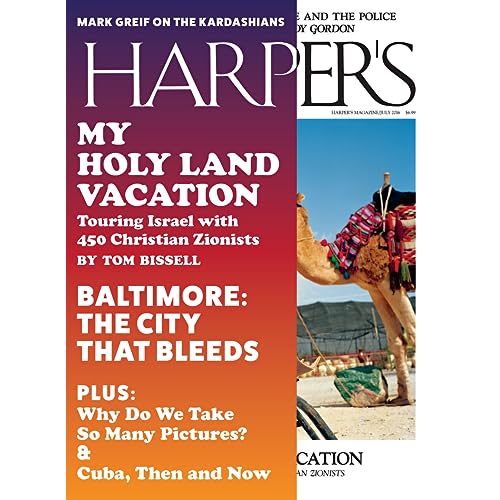 This is an important literary magazine that appeals to serious readers that have been around since 1850.

In it, you’ll read about literature, culture, art, politics, and finance in a variety of forms: essays, short fiction, in-depth reporting, and book reviews.

Of course, some like it and those who don’t, but it is one of the oldest continuously published monthly magazines in the U.S., and that alone speaks for itself!

Not something that an emerging writer would probably submit to. However, it makes an excellent learning tool for both readers and writers alike. 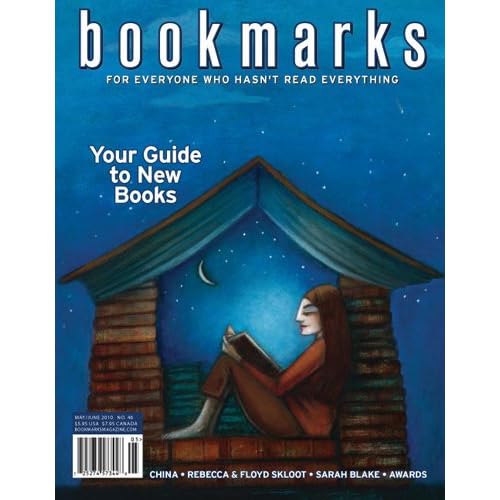 Bookmarks is a popular magazine whose staff dedicates their time to reading book reviews so that you don’t have to yourself!

What they read is summarized and then printed in the magazine, so you get a handy guide of opinions from the top newspapers and magazines that look at fiction, nonfiction, and children’s books.

It is an original idea and has had much success since it was first published back in 2002. They use each issue to discuss two noteworthy authors and give you details about their lives and their most important works. They also choose a topic for each issue and feature a panel of experts who weigh in on the best books on that topic.

A wonderful resource for readers and something that will provide plenty of insight into the publishing world for emerging writers.

The Atlantic Magazine is a monthly magazine founded in 1857.

The Atlantic Magazine is known for its in-depth reporting and analysis of current events. Its articles are well-researched and thought-provoking, and its covers are often provocative.

People from all walks of life read it, and its content is relevant to people in both the United States and around the world. So whether you’re interested in politics, business, culture, or want to stay informed on the latest news, The Atlantic Magazine is a great resource. And with its monthly print edition and website, it’s always available when you need it.

Tin House Magazine is an American literary magazine that publishes fiction, nonfiction, poetry, and art. It was founded in 1998.

Tin House has a stated goal of publishing “the best new writing and art from around the world.” The magazine has been praised for its editorial excellence, and it has won numerous awards.

The magazine is known for its rigorous editing process; at least three editors read all submissions. Tin House also sponsors several writing workshops and readings throughout the year.

Tin House practices open submissions for short stories, poetry, essays, and artwork. Submissions must be previously unpublished. They cannot have been accepted for publication elsewhere.

Poets & Writers Magazine is a literary magazine that has been published since the 1980s. It is an association for authors and connects writers with publishing opportunities. Although it began as a journal for people involved in creative writing, it now covers all genres of literature, from fiction to nonfiction and poetry to drama.

In addition to featuring author interviews and essays on the writing life, Poets & Writers Magazine provides advice from literary agents and editors about submitting work, along with information about what’s going on in the world of publishing.

Poets & Writers Magazine is an excellent resource for established and aspiring authors. It’s a great place to learn about the publishing industry and write about writing opportunities. The magazine also features inspiring stories and advice from successful authors, which can help you keep your writing goals in sight. So if you’re looking for a literary magazine that covers all things writing, Poets & Writers Magazine is a good choice.

The Strand Magazine is a monthly magazine that publishes fiction, nonfiction, humor, poetry, and art. It was founded in 1891 and is still published today.

The Strand has been praised for its high-quality writing and art. As a result, it has won numerous awards.

The Strand’s fiction has been selected as some of the greatest stories ever written. The stories are typically a few thousand words long and appear serialized over several issues. That is why every copy of The Strand contains 12-14 different short stories or novels.

The nonfiction section typically features in-depth interviews, essays, and book reviews. The humor section is filled with witty articles, cartoons, and jokes. And the poetry and art sections are always packed with beautifully crafted pieces.

If you’re looking for a well-written magazine that is filled with incredible stories, essays, poems, and art, then you should check out The Strand Magazine. You won’t be disappointed.

Ellery Queens Mystery Magazine is a monthly magazine that publishes crime and mystery short stories. It was founded in 1941.

Ellery Queens Mystery Magazine is named after Ellery Queen, a fictional detective created by Frederic Dannay and Manfred B. Lee.

The magazine has been nominated for and won numerous awards. In addition, some of the most famous mystery writers have published their works in Ellery Queens Mystery Magazine, including Agatha Christie,  William Faulkner, Ernest Hemingway.

The magazine is aimed at a general audience, but it particularly appeals to fans of the mystery genre. Each issue contains several short stories as well as articles about the genre.

Alfred Hitchcock Mystery Magazine is a magazine published in 1998 after a group of writers and editors were inspired by Alfred Hitchcock’s writing style and decided to create a magazine for other people who enjoy mysteries, thrillers, and suspense.

The magazine’s goal is to give others who enjoy mysteries an opportunity to read about them every month – similar to what Alfred Hitchcock Presents did on TV once per week back when it aired on television. Readers are given clues throughout magazines that all come together at the end under one big mystery.

Content includes book reviews, short stories by famous authors, interviews with people in the mystery industry, contests/games for readers to participate in, etc., by famous authors in the genre. It also has puzzles that mystery lovers can complete with the information in each issue and contests for readers.

The Writer Magazine is about writing, reading, and getting published. This magazine is based in the United States of America.

The Writer Magazine is the perfect resource for anyone who wants to learn more about writing or improve their writing skills. No matter what your level of experience is, you’ll be able to find something useful in The Writer Magazine.