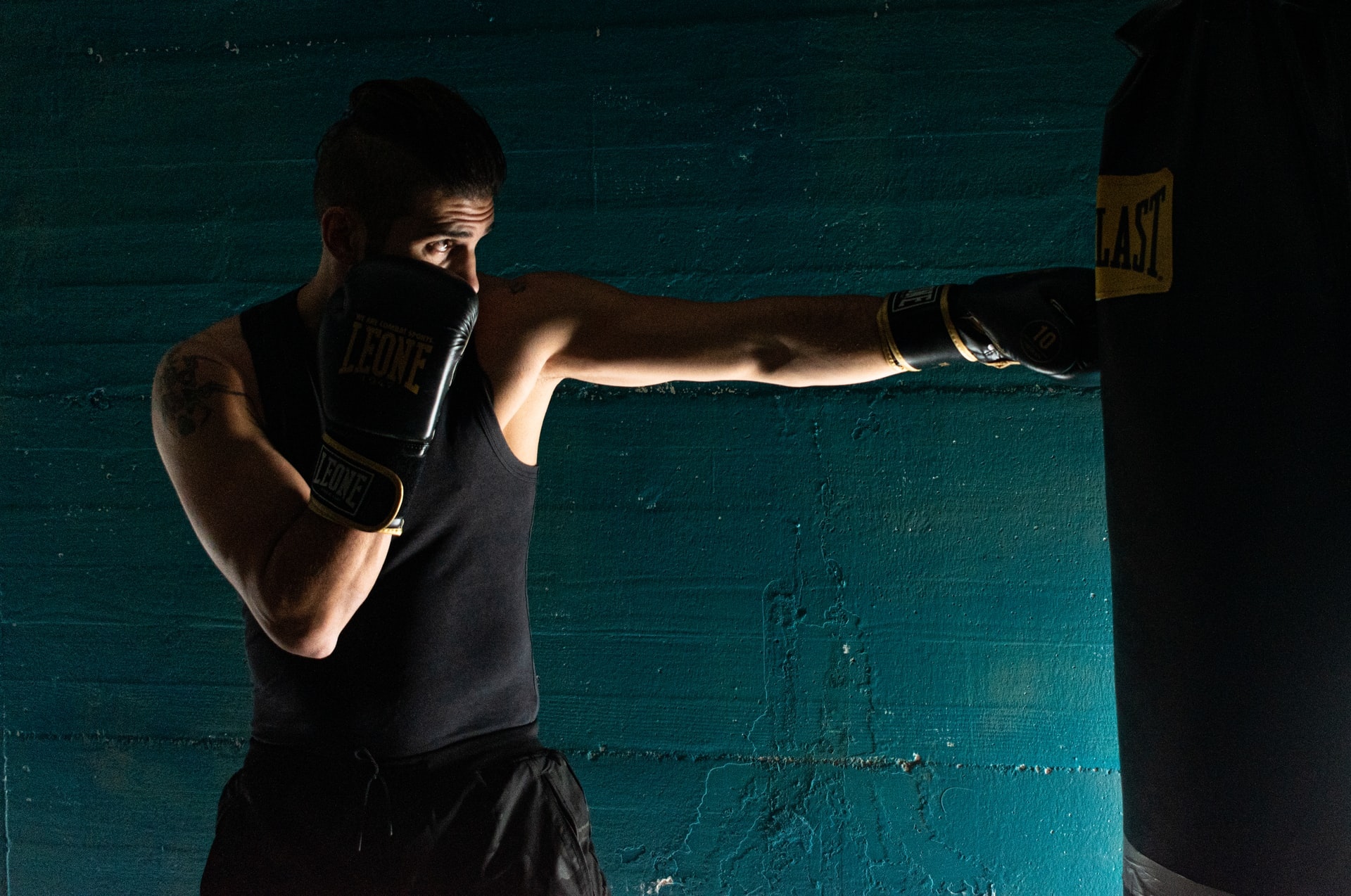 Jack Reacher is the main character in a series of books by Lee Child. Reacher is a former U.S. Army officer and is 6’5″ tall and weighs 250 pounds. He is known for his physical strength and endurance and his sharp mind and intuition.

Reacher is a drifter who often travels on foot, and he has a strong sense of justice which leads him to help people in need. He is also an excellent fighter and can hold his own against anyone – even those much bigger or stronger than he is.

Fans of the Jack Reacher books and movies are sure to enjoy learning more about the character’s backstory and the exciting adventures he gets into. For those who have never read or seen the movies, Jack Reacher is sure to be an intriguing character to get to know.

Better Off Dead is the latest Jack Reacher book (#26). Lee Child collaborates on this book with his younger brother Andrew Grant (Andrew Child).

What Makes the Jack Reacher Series So Popular?

Lee Child is a great example of a fiction writer who creates accessible, compelling stories that are instantly engaging to almost anyone.

Here are some things that make this series so easy to love.

Get to Know Jack Reacher

Jack Reacher is the quintessential cowboy-type character, revered for his toughness, intelligence, and mystery. Here’s a little more about him.

He lives the kind of wild, footloose life that many of us dream of (minus the violence, of course), and he thinks for himself.

With each book, we see more and more of his character be unveiled, just as we would be we get to know a secretive or reserved person. It is partly this mystery that keeps us moving through the books at a super-fast pace.

While many cite The Killing Floor as his best work (and it’s definitely one of the better ones), it’s clear that Lee Child took some special care with man hunter Jack Reacher and his moral competence and ethical decisions in book 10 of the Jack Reacher series.

We discover here just how bad Reacher can be in this compelling story about our lone hero. Through the plot, the reader is intrigued about who is the actual the bad guy. Here’s a serious page-turner that won’t let you down, whether you have read the other books or not.

This book proves Lee Child is a spectacular author in his ability to develop Reacher even more than w ever thought possible. We are discovering new things about this character every day, and stay fascinated at each trait reveal and plot twist.

The complexity of the storytelling is impressive considering just how easy and accessible the whole package is.

The 11th book of the Reacher series is equally as strong as the 10th, which is why it stands high on our list of best Jack Reacher books. In this one, Reacher continues with his lone wolf antics, sent to investigate a crazy conspiracy.

As usual, his determination and focus draw us in deep from the first few pages, as does his capacity to make his own way and rules through disastrous and complex adventures. This book is very entertaining and gives us a glimpse of some of the other relationships in Reacher’s past and present life.

We also see Reacher flawed here as he begins to come to terms with what his footloose and secretive lifestyle really means— it kind of messes with his capacity to have meaningful, lasting relationships.

Again, with this book, we see new sides to his story which keeps things fascinating and en pointe.

One Shot makes our list of one of the best Jack Reacher books because of the dirty and empty America setting.

This is book 9, and we start to really dig deep with the loner character of Reacher. He’s kicking butt with the best of them as usual, but when new characters are introduced, we learn more of his life and approach through his unpredictable adventures.

We know that Reacher is strong and steadfast, and no one can mess with him. We see this in his wit and intensely witty, scrappy dialogue which Lee by now has taken to a fine art.

Descriptive and tense but with enough emotion rolling through the books that you won’t get stuck on any particular part, or want to put the book down, either.

Reacher learns that Susan Mark has found five big secrets from her ex-employers at US military intelligence, and now they want them back. If she doesn’t do what they say or talk to anyone about it, there will be an accident and a funeral and nothing more for Susan. But maybe that’s not all bad–then nobody would need to know how much she talked and who she told…

Gone Tomorrow by Lee Child is an action-packed novel full of intrigue that will keep you glued to the pages until the thrilling conclusion. Though Reacher can’t stand complex puzzles, he agrees to investigate a number of seemingly unrelated crimes. It doesn’t take long for him to find connections between them and realize they have one thing in common–well-concealed enemies who want him dead!

Tune in to Lee Child’s Worth Dying For, a suspenseful read that is guaranteed to keep you hooked.

In this gripping new novel from Lee Child, veteran Reacher sees the Duncans for what they really are – and he wants to go after them. But by the time he realizes that something bad is going down in the small get town of Creighton, it’s too late. The Duncans want revenge, but not just on Jack Reacher. For as dangerous as these people are and very violent, there’s always someone more so. And their next target isn’t one guy: It’s going to take an army of cops to handle them; maybe even military troops will have to be called in before this is settled…

This 544-page book includes all the firepower, and tough-guy heroics fans have come to expect from one of the world’s bestselling authors.

Lee Child’s Tripwire is an action-packed thriller with all of the wit and energy that has made him one of contemporary fiction’s most popular authors.

Jack Reacher, our fearless hero, has just been contacted by a private eye on his way to Key West, who turns up dead before he could say more than two words. It turns out it may not have mattered what he had to say because now everyone wants to find Jack Reacher for themselves – the only thing they know is that he’s got something they need…

In a world where terrorism is constantly getting more extreme and creative, there are those who are trying to fight back once again. Those with smart skills, perfect moral character, but most importantly no fear.

Reacher, if you haven’t met him yet, is an elite ex-military cop. He’s the last man you want coming to your door. And he’s in Atlantic City hunting for a killer–the vice president of the United States!

The Vice-President-Elect of the United States receives threatening letters in the mail from someone who seems to know their every move and upcoming plans for his safety. The book deals with this topic by looking into how Reacher thinks it would be done—and just as importantly, how he would do something like that–for Special Agent Froelich to be able to foil an attempt on his life.

Without Fail is clever and sophisticated. You won’t want to put it down in the first few lines. This is one book that will make your brain race at breakneck speed until its last sentence!

As a thriller and crime fiction writer, Lee Child is no stranger to thrilling audiences with his stories about Jack Reacher. In the series, Persuader tells the story of an ex-military policeman who is persuaded into helping the DEA investigate at gunpoint by Zachary Beck.

But when the unthinkable happens, and his charge gets kidnapped, it’s up to him to find his way out of this mess…

This is a hitchable, life-size Reacher doll that allows you to live out your crime-fighting fantasies. You can’t get much closer than this! Interchangeable outfits and assorted weapons allow for nonstop action and adventure in one of your hands. It’ll take on the world if need be – but best not do it without handcuffing each other first!

After a thrilling and covert mission to Berlin, where he finds out about an American undercover agent who has been accused of treason, Reacher’s struck with memories of his own past when stationed as a military policeman in communist East Germany. The Enemy sees both our hero and the reader into some dark clubs; it’s brilliantly written thriller which shows that there is little such a Loner can’t do.

A gripping novel of suspense, the award-winning author Lee Child about a one-of-a-kind American hero.

If you’re looking for an easy and enjoyable story that will keep your heart thumping–even on sleepier days–Lee Child’s The Enemy is a profound and timely yarn perfect for longtime fans who are always eager to discover more about this modern-day knight errant, Jack Reacher.

Lee Child’s The Affair (Jack Reacher) is an exciting thriller with nail-biting suspense that will keep the reader hooked late into the night.

The book, set in 1997 Lee Childs said Carter Crossing Mississippi, a small town’s crime scene involving powerful Washington friends in covers up who are ordered undercover to find out everything he can from local police and then vanish.

An infamous former military cop, Jack Reacher, was happy being left alone after his Army service. When he finds out that a case involving him and an old militiaman is about to explode in flames, he has no choice but to act fast and take over the situation-or watch as all are picked off one by one.