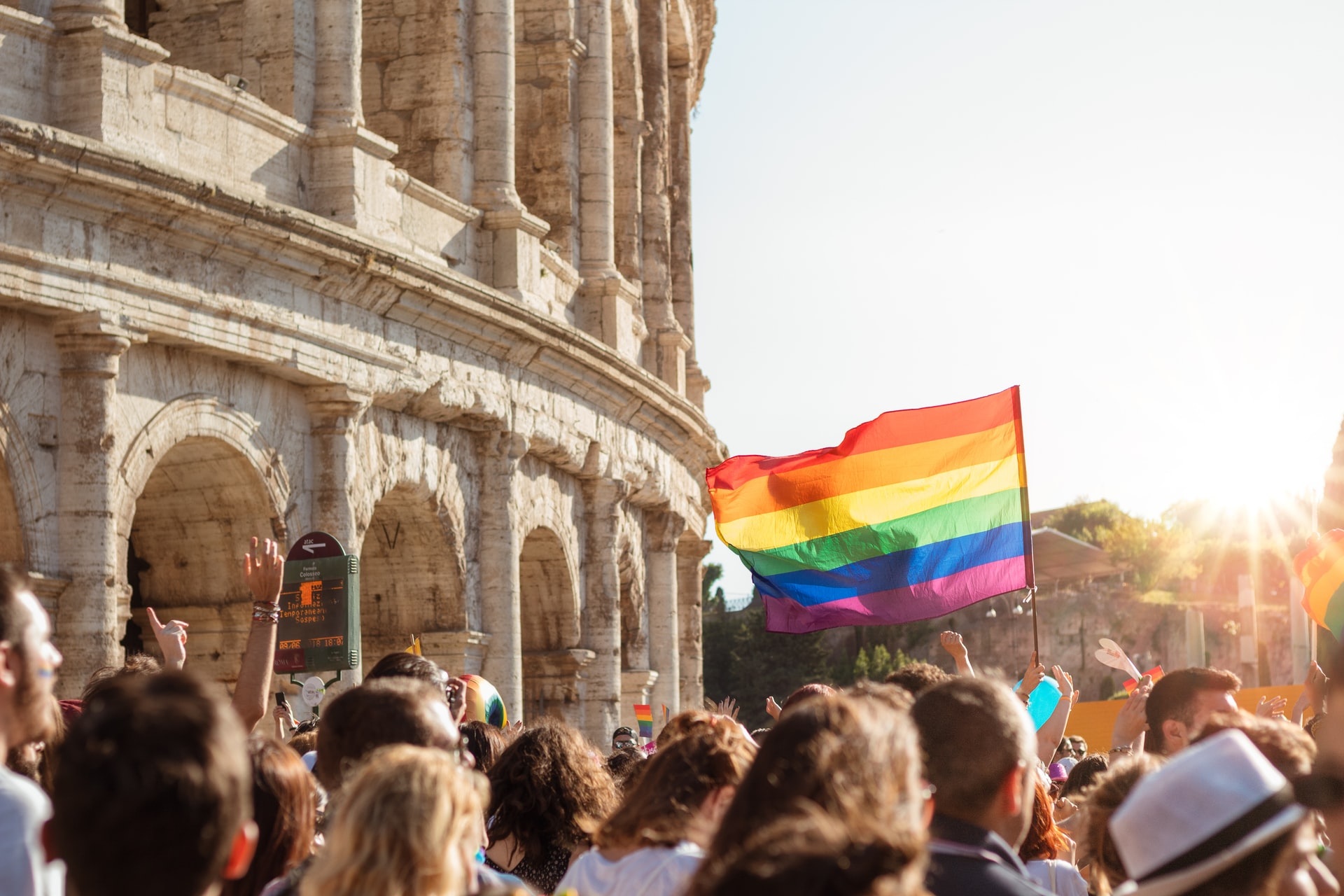 We all know that romance novels are fun, entertaining, and insanely popular. There’s something about a great love story that will captivate even the most rational person.

One sub-genre that has become increasingly popular in recent years is gay romance. Tired of the same old boy meets girl story, readers are looking for more diversity. The problem is that this sub-genre has become so mainstream that it can be difficult to find a good gay romance novel.

That’s where this guide can be helpful. If you are interested in gay romance but don’t know where to start, don’t worry! We’ve put together a list of the best gay romance novels so that you don’t waste your time with bad stories.

Things to Consider When Looking for Gay Romance Novels

Here are some things to keep in mind when shopping for gay romance novels, especially if you are new to this sub-genre:

There is a wealth of gay romance books on the internet. Pay attention to the information below if you want to find the best gay romance novels out there.

This story raises the suspense and the steamy action to new heights. What could be more exciting than two powerful men who try to fight their attraction for each other and keep their lives private?

Roan Gregory and Colton Seguine are the two protagonists that will make you swoon and hold on to the book tighter. Although the chemistry between them is so dense that you could cut it with a knife, the two try to keep their composure and ignore their desires.

“Harmless” is the kind of novel where everything’s allowed, and that will make you cheer for them to come together. It will leave you breathless and make you believe that all bets are off when love is involved.

With a captivating plotline and well-rounded characters, “Harmless” is one of the best gay romance novels out there.

This novel is a powerful combo between badass men that fight for good, the brotherly bond of a task force, and the undeniable attraction that can take you by surprise anytime and anywhere.

Although part of a series, “Nothing Special V” can be read as a stand-alone novel too. And, believe us when you tell you that the 360 pages of this volume won’t be enough to satisfy your curiosity. You’ll jump right to the next part the second you finish reading the last page of “Nothing Special V.”

Steele is hothead that always gets into trouble while Tech is a gorgeous computer genius that doesn’t seem to fit in a team of wolves. In spite of these differences, Steele and Tech can’t help but feel attracted one to another.

Full of action, suspense, and a captivating love story, “Nothing Special V” is an excellent book that every romance lover should read.

3. Borrowing Blue: A Made Marian Novel

In his quest to make his ex-boyfriend jealous, Blue falls for the wrong guy: the brother of the man who is about to marry his sister. Now, the two have to spend one week together helping with the preparations for the wedding and trying to ignore the desire burning in both of them.

They make a pact: they will allow themselves one week of passion to get it out of their systems. Then, once Blue’s sister and Tristan’s brother get married, they will part their ways. But, things don’t go as they planned.

With an engaging story full of steamy action and passion, “Borrowing Blue” is a great pick for romance lovers.

This is an M/M romance which implies that it contains homo relationships. The characters Jack and Oliver are both homo men who are attracted to each other, but no relationship comes about because of family obligations.

The story takes place in London during the Regency Era when same-sex marriage was illegal, and homosexuality was considered perverted or unnatural by society.

This book would be interesting for anyone over fifteen who likes romantic stories involving mystery and suspense. The style of writing didn’t disturb me, nor did I find any objectionable language. However, this book had some implied sexual situations, including inappropriate touching and kisses, so it may not be suitable reading material for people under thirteen.

One Call Away (Soulmates)
More info

One Call Away by Felice Stevens. This story follows Noah Strauss, one of the most famous models globally, who decides to leave the modeling world after a jealous competitor brutally attacks him. Noah creates One Call Away, a radio show dedicated to helping gay men to call in and talk about love, breakup, or need someone to talk to.

Oren does something reckless on a dare: he decides to call Noah’s radio show pretending to be gay. This may seem like nothing, but it opens up doors for both characters to learn about themselves and their feelings for one another.

One Call Away explores themes such as family pressure, love found in surprising places, and how we sometimes have to hide who we truly are to fit into society.

The book addresses family trauma and relationship struggles with empathy and honesty. There is a good balance between humor and tragedy, which makes it an enjoyable read. It also touches on the issues of religious freedom, gender identity, sexuality, as well as cultural clashes without being preachy.

This book doesn’t just explore the grieving process but also how easily we can become vulnerable to love. Griff loves Dante and has for over a decade. However, he hasn’t told his friend because he knows Dante is a straight man who only wants to date girls.

Unfortunately, not all love is meant to be, no matter what challenges come your way. In real life, this would make sense because some people may not be compatible with one another.

7. The Understatement of the Year

The Understatement of the Year: (Ivy Years #3) (The Ivy Years)
More info

The Understatement of the Year by Sarina Bowen.

This is a story about two people trying to deal with their past and move on. We are introduced to Michael Graham and John Rikker. Both have been hurt in the past, one directly and one indirectly.

The five years that passed after high school made them change who they are. They can come to terms with it when they are confronted with their past in the locker room at Harkness College. This caused each of them to react differently, but each in a way that makes sense to who they have become as people. Together, they can work things out and make the best decisions possible for themselves.

8. A Mended Man (The Men of Halfway House)

A Mended Man (The Men of Halfway House)
More info

A Mended Man by Jaime Reese. A story about healing and fighting demons.

Detective Aidan Calloway is a good guy. He is loyal to family, friends, and his job, but he does bend laws sometimes. When a phone call changes everything with the past, he needs to be strong again to fight the bad guys.

Jessie Vega is an optimistic person who sees the best in life. But some things happened in his past that can break him down if he isn’t strong enough against them, so they need help from each other, for it’s not easy alone to fight everything.

It is a story that can help people heal and take control of their problems so they won’t turn bad. It’s not easy to beat big demons alone, and sometimes you need someone strong as your side that can help you fight against them so life will be better for both of you.

This book has a lot of romance and action. Some people do not like this type of book, but others do. If you are going to read it, be ready for extreme sadness, happiness, excitement, and mystery.

For Real by Alexis Hall.

Then he meets Toby Finch. Toby is 19 years old, and Laurie wants to be him again, lively and fearless. But how did he become what he is? And where is Toby going?

Toby doesn’t know who he wants to be or what he wants to do in life yet. He doesn’t know how he ended up where he is now or where his life should go next, but one thing that does seem certain: for some reason, Toby really likes Laurie!

He likes him so much he wants Laurie on his knee; he wants to make him hurt and beg for mercy. But while Laurie will submit to Toby’s orders, he won’t give up his heart because it can never be real.

Toby is made to understand this as well. He has to live his own life and move on one day. This relationship cannot last forever…

Off Base: A Bestselling Male/Male Military Romance (Out of Uniform, 1)
More info

Off Base by Annabeth Albert.

Zack, who traded barracks for a fixer-upper rental, doesn’t want to live with his SEAL buddy Pike because he can’t control himself around him, and he feels like his feelings for Pike are too strong.

Being roommates will not be as easy for Zack and Pike. Living under the same roof will push their boundaries like never before. But, the more they get to know each other, the stronger their attraction is, and eventually, they can’t deny their feelings anymore. But will Pike’s past hurt Zack? Read it to find out!