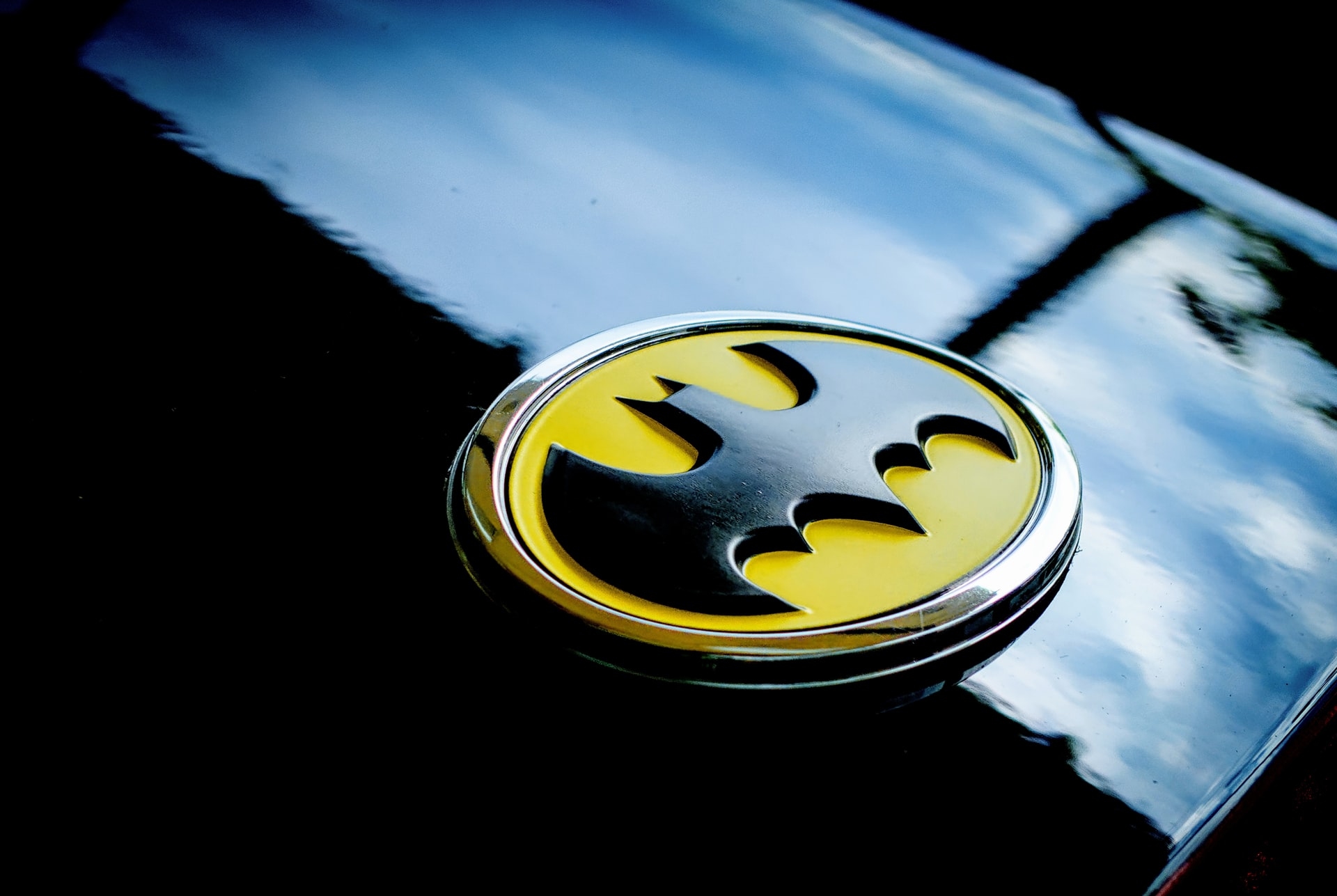 There are so many ways that one can enjoy Batman.

On the big screen, in your imagination, in a comic strip, listening to an audiobook, or simply reading one of the many Batman novels in existence on the face of the planet.

You’re probably here for the latter, and, what do you know, we have put together a list of the best batman graphic novels out there and the best graphic novels of spiderman, superman, daredevil.

While we aren’t here to argue the case for each and everyone (after all, beauty is in the eye of the beholder, and what you love another may dislike), we can show you which novels are the top picks of the majority of Batman fans.

Since we know that some of you are rather particular about the Batman versions you read, think about the criteria you would like the novel to meet.

Do you want the book to focus mainly on Batman? Check out number 7.

Do you prefer a book that doesn’t include any other characters (maybe you don’t want any Robin or Catwoman in there)? Check out number 6.

Always aim for a well-written story. Thankfully, all of the books below are written by quality authors. While their interpretation may not be to your liking, that’s different from the quality of writing and their ability to tell a story.

Don’t Judge It by the Cover.

If you’re going to make your choice by judging the graphics, at least flip through the novel to see what is beyond the cover!

Give the illustrations a chance to wow you, and don’t pass it by because of looks alone.

Sometimes the storyline is way better than the graphics, and vice versa.

We can tell you that number 9 below, The Joker, has an original mix of illustrations. Some have a more real-life feel thanks to the added details, and others feel more like a standard comic book graphic. It’s unique! You should definitely check it out if you haven’t already.

If You’re New to Batman

Welcome! Come in and let us show you where to begin.

Start with number 2 on our list below. It is not only a great read, but it is also great for anyone new to the Batman saga. From there, you might check out number 1 and then head over to number 7, but then again, that’s our opinion.

If you have friends who read them or if you know someone who has experience with the world of Batman, ask them for a few tips!

What If I’ve Read All of These?

Yes, there’s a chance that some of you have already read all of the books on our list (die-hard fans!)

If that’s the case, drop us a note below and let us know what else you’d like us to add.

Suggestions for the best batman graphic novels are always welcome!

In the meantime, the rest of you can check out our top three below.

Teaming up for Batman Volume 1: The Court of Owls is author Scott Snyder and illustrator Greg Capullo.

The plot consists of Batman seeking to get to the bottom of a series of murders in Gotham City, which also leads him to discover a conspiracy theory that has been around longer than Gotham’s existence.

Batman realizes that he doesn’t know the city as well as he thought he did, and the way that the author has written the story allows readers to discover the secrets and answers right along with Batman.

A truly thrilling book and definitely one that you’ll want to read if you haven’t yet done so.

Some think this Batman is overrated, while others love it. We thought it was awesome!

The storyline is very entertaining, and the graphics are superb thanks to illustrator Jim Lee. Batman has a mystery stalker that tries to sabotage him and who has even managed to manipulate both friends and foes to gang upon him. You’ll also get a peek into some of Batman’s early years, including a childhood friend named Thomas Elliot.

There’s a mixture of the characters in it, from Superman and Catwoman to Killer Croc and Poison Ivy.

It’s a good read and good to look at, but the story can get a bit chaotic at times with all of the fight scenes packed into it. You’ll either love them or hate them. Please read it and decide for yourself!

This is a brilliant version written by British comic writer Alan Moore and illustrated by Brian Bolland.

It gives you insight into just how insane the Joker is, and it tested the patience of readers across the globe with the shooting of one of the Batman series’ well-known characters. The said character remains alive (we won’t spoil it for you by telling you who), but there was a bit of outrage from readers who weren’t too happy with how this story was told.

You be the judge! Please pick up a copy and read it. The graphics are bold and vibrant, and the story is well written.

It would have been nice if it were a tad bit longer, but we take what we get. It’s an awesome read!

The Dark Knight Returns is a comics masterpiece crafted by Frank Miller. The comic book is his own version of Batman’s story. It is considered by many as the most influential and undisputed masterpiece in the comics world. The book is also used as an inspiration for filming the latest Batman movies.

The comic book is all about the aging Batman. The superhero in the story is already retired. After his retirement, he left the Gotham City lawlessness and decadence. His city cries for help. That’s where the story of the Dark Knight Returns started.

The comic shows Batman’s face-off with his two mortal enemies: Two-Face and Joker. The book also tells the war between him and Superman – his former ally, wherein only one between the two of them will get out from the battlefield.

The Batman: Hush is written by two of the most popular comic book authors, Jim Lee and Jeph Loeb. The plot of this comic runs when the worst criminals of Gotham City, namely Clayface, Ra’s al Ghul, Riddler, Joker, and more, work together to put the life of Batman into chaos. But these antagonists have a significant part in making the scheme more sinister. They planned to destroy the whole life of the Dark Knight. The mastermind of the villain groups is a person who is closer to the life of Bruce Wayne.

To fight with the mastermind of the story’s murderous plot, Batman will use the world’s most extraordinary detective skills. He needs to push himself beyond his limit to protect the people close to him from the possible consequences.

The comic of Kim Lee and Jeph Loeb is considered to be the most remarkable and fantastic story about Batman that was ever told.

Jock and Scott Synder are the two authors behind Batman’s greatest Batman story: The Black Mirror. The story of this comic book is about the life of Commissioner Gordon and Batman. The story shows how the two protect Gotham City from its unyielding black abyss. As time goes by, they are doing their best to defend their city from its dark side. They do not allow Gotham City to get conquered by corruption and violence. After all the protection they offer to the city, they never expected something more dangerous and darker evil that will push Gordon and Batman beyond their limits.

Will the two protagonists find out why the more dangerous and darker evil doings are happening in the city? Answer all your questions by reading the whole story of the comic Batman: The Black Mirror.

Another great comic book produced by Jeph Loeb is the Batman: The Long Halloween.

Easter. St. Patrick’s Day. Christmas. As the holidays come closer, the dead bodies of Gotham residents are scattered on the street. The murderer kills his victims during the holidays. The only person who can fight to stop all the killings is Batman, the Dark Night. The Batman: The Long Halloween is a Batman story that talks about the early journey of Batman fighting the crimes happening in the City of Gotham.

The comic book is composed of four pages derived from the original Batman series and 13 new series. The good thing about this book is that it is presented in fully restored and colored pages.

8. Batman: The Man Who Laughs

Do the previous Batman series make you feel more interested in knowing the story behind Joker’sBatman’srivalry and The Dark Knight? If so, this 144-page novel is the perfect reading material for you. This was written by the famous cartoonist Ed Brubaker.

Ed Brubaker tells a story about Batman’s Clown Prince of Crime using the old school style. Because of this, the novel had captured the hearts of Batman lovers. The story will give you wonders to think about after reading the book. It is very entertaining. This is one of the Batman series that you will never forget once you start reading it.

Besides knowing the history behind the rivalry between the antagonist and the protagonist, you will also learn Joker’s exciting story. The story talks about how Joker kills someone without much effort. But will Batman stop Joker from his murderous act?

The Joker is a graphic novel with a plot talking about one of the darkest situations that happened in the city of Gotham. Brian Azzarello is the author of this interesting novel about the antagonist in the Batman series, Joker.

The Joker has been imprisoned in the Arkham Asylum. He was able to release himself without being caught. After his release, he felt unhappy with what happened to his rackets in the City of Gotham while he is in jail. That’s why he formulated a new plan to spread manic crime, murder, and revenge to the city. He started to get back his assets from the Killer Croc, Two-Fae, The Riddler, The Penguin, and others who stole them.

The author of The Joker brings the book with more criminal insight and intense scenes you would’ve imagined. This novel gives you more insight into the main antagonist of the Batman series.

Jim Starlin is the popular author behind this amazing and interesting series of Batman. The Batman readers requested the Batman authors to kill the official sidekick of Batman, Robin. That’s why Jim Starlin had a fantastic idea that talks about Robin’s death that you will never forget.

Batman: A Death in the Family
More info

The Robin in this story has an opposite personality compared to the original Robin. He tends to ignore all the Batman instructions and do actions without thinking about the possible consequences.

Robin always does these without asking for the permission of Batman. That’s why Joker successfully killed him as he tries to take the said antagonist’s life without the cue of his master. His death caused Batman to become more brutal in killing his murderer.