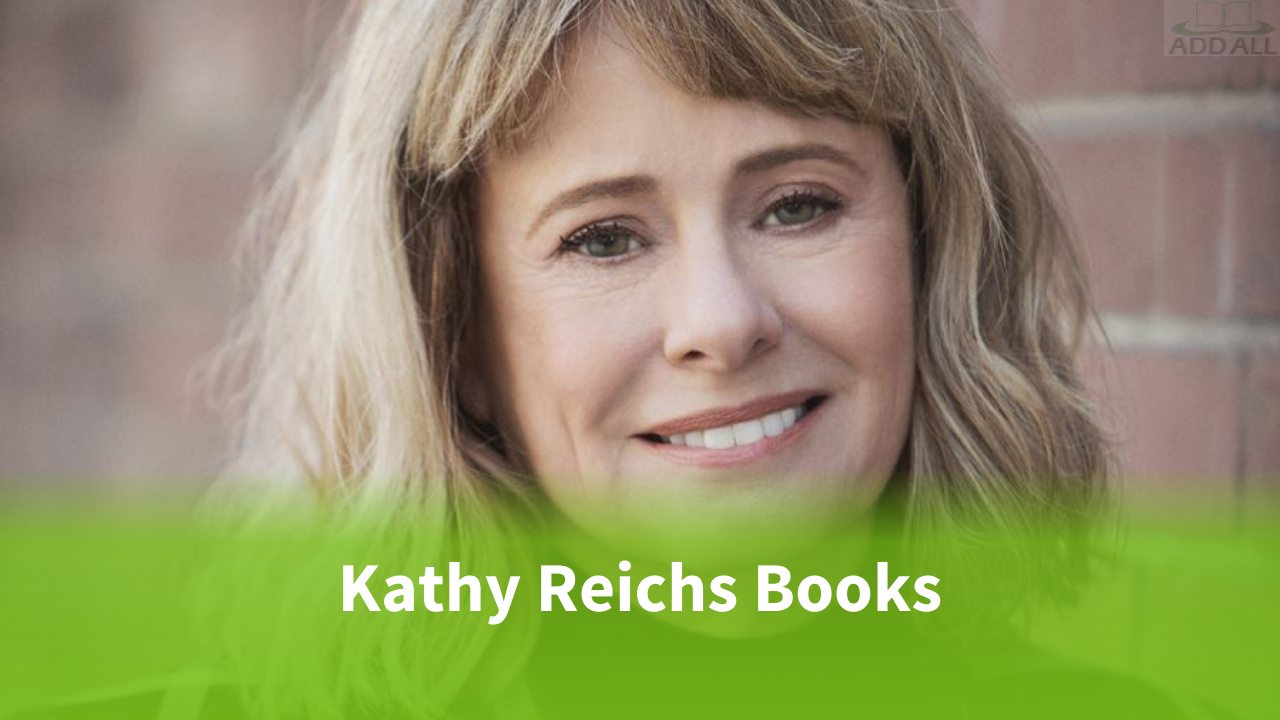 Kathy Reichs is an American forensic anthropologist and is currently a professor at the University of North Carolina.

After being inspired by the books of P.D. James and Patricia Cornwell, Reichs decided to write her series about a forensic anthropologist who works with law enforcement agencies to investigate crimes involving human remains.

Her heroine, Temperance Brennan, is also the protagonist of the television show “Bones”, loosely based on Kathy Reichs’ novels.

Dr. Brennan is a forensic anthropologist who applies her knowledge of the dead to help solve homicides.  She assists law enforcement agencies by examining remains, finding out how people died, and giving insight into what may have happened at the crime scene.

Kathy Reichs was the TV show “Bones” producer for several years, but she is now no longer involved with the production.

Her novels are known for their mixture of real forensics and mystery solving.

Reichs wants to bring dead people back to life by combining her imagination with science.  She has traveled to crime scenes in over thirty countries to make these fictional crimes realistic.

Kathy Reichs’ books are often bestsellers because they are full of suspense, thrills, and mystery.  The use of forensic science makes them even more enjoyable! Her books generally take place in Canada or America.

Temperance Brennan is a forensic anthropologist for both North Carolina and Quebec. There are three skeletons found in a basement of a pizza parlor during the bleak days of December. These skeletons belonged to three young women that died recently, but it seems like Detective Luc Claudel doesn’t believe that they belong to recent murders.

That’s where Temperance Brennan comes into play. Still, her work gets mixed up with personal life when detective Andrew Ryan becomes mysteriously withdrawn just when things are getting good between them, and the only way she can get answers is to find them herself.

Temperance Brennan goes deep into a web of evil, and it seems like she may not be able to get out.

Fatal Voyage occurs in North Carolina, where Tempe has been assigned to work for DMORT due to a plane crash that killed several people near Boone Creek.

Many theories about why the plane crashed, including one theory suggesting a bomb on board caused it. However, while working for DMORT, Tempe discovers a jarring piece of evidence that raises dangerous questions about the cause of the crash.

This evidence gets her kicked off of DMORT’s investigation team, but she continues to work on her own, trying to uncover its significance to the case. She uncovers a shocking, multilayered tale of deceit and depravity throughout her investigation.

Eventually, someone wants her stopped in her tracks because of her investigation. While trying to avoid her mystery assailant, she finds herself in the unexpected territory where she is put in significant danger.

In “Déjà Dead”, Brennan is called to Canada to investigate the murder of a female found in Montreal. While working on this case, she also assists the police in finding a serial killer who has been hunting young women. Unfortunately, the closer Brennan gets to solving this case, the more she puts her and her closest life in danger.

In this book, Kathy Reichs goes into detail about how these crimes are investigated using real forensic techniques.

Her writing style is so realistic that readers imagine themselves with Brennan and law enforcement officials at crime scenes.  This sharpens their senses and makes them feel like part of the story! The best thing about “Déjà Dead” is that it has a surprising ending that will leave readers satisfied but still wanting more.

Grave Secrets is the fifth book in Kathy Reichs’ series of novels revolving around the fictional forensic anthropologist Tempe Brennan.

The book starts with a twenty-year-old massacre in the village of Chupan Ya. 23 of its residents were raped and murdered. Presently, Brennan is leading a team on a dig that hopes to piece together what happened in Chupan Ya.

The mission is put at risk when two colleagues are attacked over the radio while leaving their camp. Tempe and her remaining teammates are caught between two factions who want them gone.

At the start of Death du Jour, Temperance Brennan is called in to assist with two bodies found at a luxurious chalet. She soon discovers that the corpses are of cult members who perished in their fire intentionally. The following day, another body of a nun is found burnt.

Tempe is assigned to help with the investigation, but her reputation as a forensic anthropologist makes her believe that there may be more to the nun’s death.

In Bones Never Lie, Temperance Brennan is tasked with investigating two child murders that have one thing in common – the killer. Years ago, a serial killer named Anique Pomerleau managed to evade capture, but Brennan is determined to stop her this time. However, she’ll have to face more than her demons as she tracks down the killer.

Kathy Reichs returns with a chilling novel about forensic anthropologist Temperance Brennan. Kathy Reichs delivers a thrilling story that satisfies those looking for suspense that goes beyond skin-deep.

Bones Are Forever is a thriller novel by Kathy Reichs. In the novel, Tempe Brennan investigates the case of a woman who disappears after checking into a Montreal hospital.

During the investigation, Brennan finds the decomposing bodies of three infants in an apartment near where they are investigating. And she suspects that the woman is probably responsible for their deaths.

To solve this case, she goes to Edmonton and Yellowknife with her partner Andrew Ryan and sergeant Ollie Hasty. There, they find more than what they expected.

Deadly Decision is the third book in the Temperance Brennan series.

Temperance Brennan has been called to the scene of a murdered boy in the streets of Montreal and notices that there are similarities between this murder and another one in North Carolinian.

Two cases come to her attention, and they seem unrelated at first glance, but it turns out they are connected.

This leads Tempe deep into an investigation of dangerous criminals while putting her personal life on hold for this time. Will Temperance catch the murderers, or does she become their next target?

Speaking in Bones is the eighteenth book in Kathy Reichs’ Temperance Brennan series.  Brennan is called to investigate an unidentified set of human remains in this novel.  The bones are found to belong to a missing teenage girl who disappeared three years earlier, and her curiosity drives Brennan to find out what happened by looking into the original disappearance and uncovering what has become of Cora Tague.

She begins to find strange clues and unexplained happenings and comes closer and closer to danger as she tries to solve the mystery.

She starts finding clues that make her suspicious and thinks about the small town where it all takes place to feel very strange. But, as she gets closer and closer to the truth, the danger grows, two more dead bodies are found, and it’s clear that the mystery is more significant than she realized.

Tempe Brennan is a forensic anthropologist who teaches at an archeology field school in South Carolina. While there, she discovers a new skeleton among ancient bones, and traces lead to a free street clinic where patients are missing. She must determine who is responsible before more people are killed.

Seizure is the second book of the Virals/Tory Brennan series. The protagonist is a teenage girl named Tory, who moves to live in the south with her father after her mother’s death.

Tory is the niece of Temperance Brennan.

It follows the lives of Tory Brennan and her three best friends as they embark on a pirate treasure hunt that will save their home from being closed down by politicians who want to cut budgets.  However, to find it, they must use their newfound “viral powers” gained in the first book of the series.

However, once the treasure hunt gets underway, trouble follows them at every turn. They must find the treasure before their enemies do.