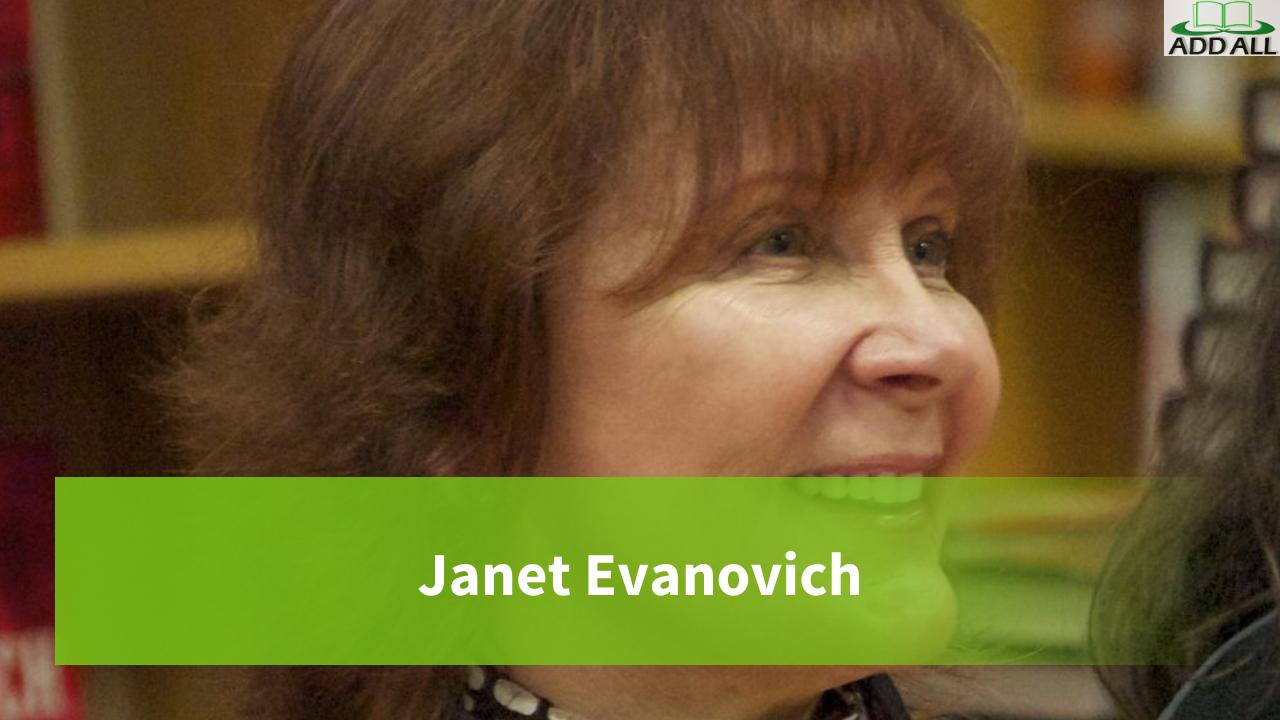 Janet Evanovich is an American author who began her career as a short contemporary romance novelist using the pseudonym Steffie Hall. Still, now she is best known for writing contemporary mysteries. Evanovich is the writer of the Stephanie Plum franchise, which has become a best-seller and a fan favorite.

Stephanie Plum is a series of mystery thriller novels written by Janet Evanovich that follows Stephanie Plum, a bounty hunter with a sassy attitude. Every novel in the 27-volume series can be enjoyed as a standalone book, so you can read them in any sequence and still have a good time. Each narrative is an exciting mystery with a compelling beginning, middle, and finale.

Here are the 10 best books from Janet Evanovich. If you are a voracious reader, there is no excuse not to check out her work, which features fascinating characters and outstanding writing.

Stephanie Plum Between the Numbers/Holiday Novels Books In Publication Order

Janet Evanovich is an American author of humorous crime fiction.

Evanovich spent five years writing romance novels, but when she realized she didn’t enjoy writing about sweaty men in bed, she shifted to mystery novels.

She is best known for the ‘Stephanie Plum’ series and other stories involving New Jersey bounty hunters.

The series follows the escapades of bounty hunter Stephanie Plum as she tries to capture criminals and collect the bounties on their heads. These novels contain humorous dialogue and pop culture references. Throughout each book, the protagonist often has a romantic relationship and solves mysteries with characters from the opposite sex.

Evanovich has written numerous books that entertain her fans by making them laugh or have an emotional connection with the characters or plot of the story. Although many people criticize Evanovich’s work because it is similar to other comedians, others love her because of how easy it is to get through a book quickly while laughing out loud at some points.

Evanovich’s lighthearted writing style makes her books enjoyable to read. However, someone accused her of using too much sexual innuendo and slapstick humor which took away from the books’ quality. Regardless, most fans disagree and find them funny and appropriate for the stories.

1. One for the Money

Life can throw you a curveball every now and then. You have lost your job, your car has been repossessed, and you struggle to make ends meet. So what are you going to do? If you are Stephanie Plum, you will set your sights on a great payout in your next endeavor. In this book, Stephanie has her sights set on bounty hunting, a dangerous profession yet suits her particular skill set.

And, it is not just any high-priced reward she is after; it is notorious former vice officer Joe Morelli, an on-again, off-again affair who disgraced her as a teen. However, not everything is as it appears, and Stephanie finds herself in an even more incredible tangle than she planned for.

If there is one theme that runs throughout this novel, it is hope. Stephanie battles throughout the narrative to get her guy and save the day on her grounds. However, instead of accepting her situation, she utilizes her brain to keep striving towards a brighter future, and she rocks in the process.

Evanovich has developed a clever and amusing character in Stephanie Plum, who steps out from the crowd of usual female detectives. This is a witty and self-assured story with sharp and bawdy dialogues.

Do you enjoy sexy literature but also enjoy romance? Then, begin with the Hot Six. Stephanie Plum’s love story with Joe Morelli and Ranger plays an enormous role in this novel. And, there is a chance the L-word may be thrown in there somewhere.

A gripping plot, hilarious moments, and a Star Trek party are all included in this novel. Evanovich weaves all of these elements and more into a crazed tapestry of constant action populated by bizarre characters right out of a 1930s screwball comedy. This novel truly offers lots of entertainment. If you are looking for a good romance, this book is for you.

Janet Evanovich, the acclaimed author of One for the Money, delivers her most gripping Stephanie Plum thriller with Four to Score. Our adventurous bounty hunter, Stephanie Plum, is coping with the difficult job of apprehending burglar Maxine Nowicki (a vengeful waitress who has committed crimes such as bail jumping, theft, and extortion), the deception of a rival attempting to beat her to the payoff. Her residence and car are getting blown up due to a stalker.

All while balancing her mentor Ranger, her ex-boyfriend Joe, and her eccentric grandma pushing her in multiple directions. Stephanie Plum’s novels feature romance, but readers select Four to Score as the hottest.

With a winding narrative that will have you wondering how just one woman could endure it all, this novel will have you dismissing your problems in front of Stephanie’s numerous issues and finding comfort in her tenacity. With her outspoken appearance and intense emotionality, Stephanie Plum is a beautiful counterpoint to professional PIs.

We will get a little sidetracked here and list an Evanovich novel that isn’t out of the Plum series, Hero at Large. Chris, a single mother, is feuding with her in-house spouse in various ways. She is bold enough to host an unknown stranger in her house.

Steeped in naivety for failing to see the love of her life in the same housemate, she looks at life in a different light than previously. Romance is there, but solely in the form of feelings and thoughts. They must muster the guts to speak openly about their emotions.

Hero at Large is a fascinating blend of comedy and romance. This is Janet Evanovich’s debut novel, first published under the pen name Steffie Hall launched her literary career. You should read this book if you are looking for light entertainment mixed with some juicy romance.

If you want to eat everything in your cupboard, grab Finger Lickin’ Fifteen, and you will discover plenty of personalities to share a table with. When famous chef Stanley Chipotle is beheaded, Stephanie Plum, as well as her humorous group of pals and relatives, set out to find the perpetrators. Which takes them through gastronomic mayhem that includes flames in the kitchen (literally and figuratively), a hotdog costume, a BBQ tournament, and even more.

In her 15th Plum novel, Bestseller Evanovich reuses stale ideas that were equally addressed in past escapades. Evanovich serves us her typical combination of shoot-’em-up action (several vehicles explode) and colorful characters (particularly a neighborhood flasher with a loyal following), but the narrative may surprise some readers.

Larry Virgil missed his most recent court appearance after being jailed for stealing an 18-wheeler loaded with expensive bourbon. Luckily for bounty hunter Stephanie Plum, Larry is dumb enough to try virtually the very same offense again. This time, though, he escapes the site, leaving behind one freezer truck full of delicious ice cream as well as a frozen corpse wrapped in chocolate with crushed nuts.

The finest aspect of the Stephanie Plum books is all the unique antics and comedy. So, if you are in the mood for something wacky, go ahead and dive into the series. Turbo Twenty Three is the ideal setting to experience unpredictability and hilarious plotlines.

There seems to be an ice cream factory, an underground assignment, and Grandma Mazur has a new man in her life. Come for the romance and stay for the ice cream that Stephanie attempts to avoid while on the job.

7. Back to the Bedroom

Back to the Bedroom
More info

Katherine’s majestic beauty enslaves David Dodd, a young hot ambitious man. Kathy rejects David’s attempts at her because she considers him unambitious. David is driven by her proximity to pursue her love with zeal. Can she withstand true love for the sake of money?

Plum’s fans may be interested in learning that this was the first of four romances to include Elsie Hawkins, the inspiration for Grandma Mazur, Stephanie Plum’s eccentric grandma. When it comes to the plotline, this novel is ridiculous in its own right, yet you cannot help but get drawn in and then roll over with genuine belly laughter. What more do you need to know to read this early Evanovich classic?

First of all, the Stephanie Plum novels are detective adventures. So perhaps you would want to begin with the franchise’s most gripping page-turner. If that’s so, Twelve Sharp, a book touted as “Janet Evanovich’s craziest, sexiest thriller yet,” is a good choice.

Just as Stephanie Plum’s life appears to be settling down, a potential enemy appears – the wife of her mentor, Ranger. But it appears that this wife is not what she claims to be, and with Plum’s typical guardian in danger, Stephanie may have to care for Ranger.

Twelve Sharp features surprises that will delight readers and show that no one can beat Janet Evanovich for sheer literary talent. Its comedy and gunfights sent Evanovich’s franchise, which is about a snarky, inept New Jersey bounty hunter, to the front of the New York Times bestseller list.

Nicholas Kaharchek, a polo coach, detects danger when he meets Billie Pearce. She embodies everything that he has tried to stay away from. A divorced mother of two, Billie is the personification of steadiness in her home life.

She is also highly appealing to Nick, who is instantaneously smitten. Their unexpected meeting will send them to a crossroads of temptation, instability, havoc, murder, and possibly even love.

Full House is a romantic thriller with a spin, packed with Evanovich’s typical flair and wit. Janet Evanovich has worked with several writers, and this is the first book in the Full series co-written with Charlotte Hughes.

Stephanie cannot say no when a neighbor asks her to look for a missing family member, even when local mobster Eddie Abruzzi gets related to the abduction and threatens to halt Stephanie’s quest by killing her.

Stephanie will require assistance and someone to keep an eye on her. Ranger, her mentor, is left now while she is feuding with officer Joe Morelli. And that may be the most deadly aspect of all.

Evanovich delivers it again, offering an even more thrilling and provocative performance as Stephanie’s irrepressible protagonist.