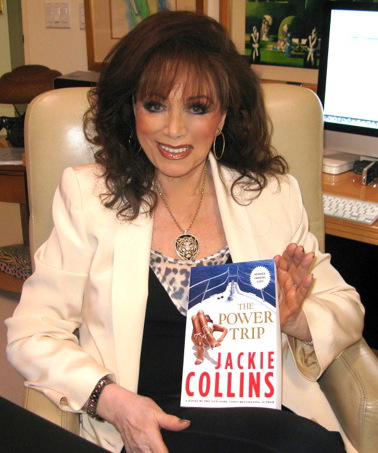 Jackie Collins was a British romance novelist. She wrote over 30 best-selling novels from the 1970s to the early 2000s, selling more than 500 million copies worldwide.

On September 19, 2015, Collins died at age 77 from breast cancer complications.

Collins is known for her crude language and complex characters that contain many flaws.

Her books often deal with “glamorous characters and ruthless tycoons in glamorous settings” such as Las Vegas and Hollywood.

She has been criticized for giving an unrealistic view of life in Los Angeles and her lack of consideration regarding sexual consent and intoxication when writing about date rape in some of her stories. In addition, her work was considered scandalous because of its “unflinching depictions of sexuality.”

Collins is praised for being “the queen of the bonkbuster”, which are books that contain graphic sex scenes.

She has been called a pioneer for writing about adultery in romance novels, an act that was previously considered taboo.

Her career spans five decades, during which she wrote popular series including Hollywood Wives and The Santangelo.

Collins transformed the genre by mixing the fairy-tale with scandalous storylines, gritty dialogue, and larger-than-life characters. She will forever be remembered for her provocative novels that changed how women write in this genre.