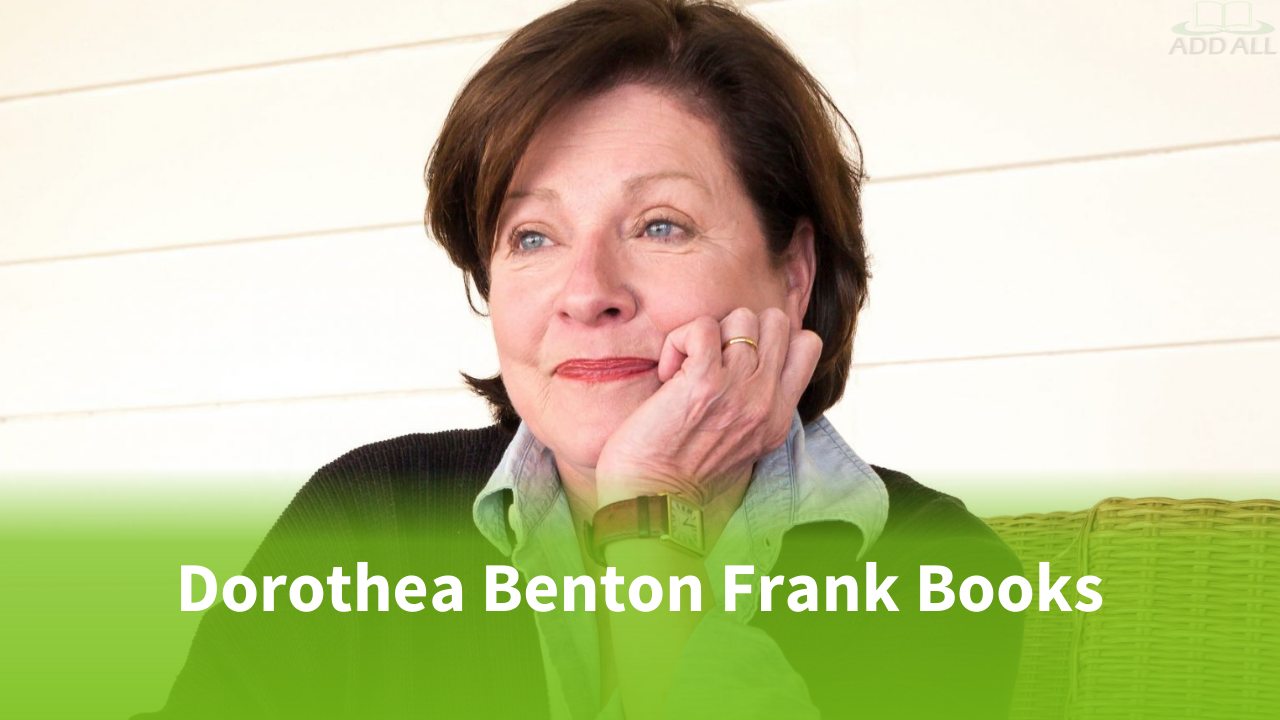 Dorothea Benton Frank (1951-2019) is an American best-selling author who wrote several popular books based in the Lowcountry, South Carolina.

Dorothea Benton Frank published her first novel, Sullivan’s Island, in 2000. It was very successful, became a New York Times Bestseller, and she quickly became popular. She released her second novel soon after, Plantation, in 2001.

Her motivation behind becoming a writer was due to her mother’s death in 1993, which motivated her to earn money from writing books to purchase the family house on Sullivan’s Island.

However, she could not purchase the family home but later purchased another one on Sullivan’s Island with money earned by writing novels.

She grew up in the North Carolina Sullivan’s Island, which she came up with writing about her experiences growing up there.

She enjoyed fly fishing, cooking, traveling, and reading when she was not writing.

Caroline Wimbley Levine has always avoided her home. But now, at her brother’s insistence, she has returned to South Carolina.

She goes back to find that life in the south hasn’t changed at all. Her mother, Lavinia, is still as mean and unreasonable as ever.

Caroline also finds out that Tall Pines Plantation has not changed; it still has scandals, secrets, and lies.

But she quickly discovers that there is something different about this trip. It’s in between her and her mother, and it has to do with what it means to return home.

Dorothea Benton Frank’s ‘Sullivan’s Island’ is a fascinating tale set in the steamy, stormy landscape of Southern Carolina. The reader follows Susan Hayes on her courageous search for truth. The story begins with Hayes as a conflicted woman, having an unfaithful husband, a dissatisfied adolescent daughter, and a haunted heart full of unhappy memories.

Susan returns to the beachfront house, where her sister embraces her with open arms. The only place she can call home where she feels secure enough to confront the unpredictable future.

In Shem Creek, Dorothea Benton Frank tells the story of Linda Breland, a single mother who has two teenage daughters and an ex-husband. Her ex-husband married a woman ten years younger than her.

At the start of the book, Linda is on the way to visit her sister in Mount Pleasant, South Carolina, for some peace. Linda’s sister Mimi welcomes her with open arms, complete with advice for her life that she will need as she runs a restaurant owned by Brad Jackson, whose marriage is falling apart with his wife, Loretta.

The Lowcountry offers an escape for Linda and her family to reconnect with themselves and each other.

Anna Lutz Abbott’s dysfunctional family life shaped who she became as an adult. She was pregnant by date rape at her senior prom and quickly married Jim, her best friend, a gay. They raised their daughter Emily together.

After ten years, they acknowledged that they loved each other very much but had to go their separate ways.

Anna and Emily moved from Charleston to a small beach house on the Isle of Palms.

Jim remained close friends with Anna. He helped her, and her neighbor Lucy open their hair salon when she got fired from her job.

Anna must now reconcile that she does not have as much control over her life as she had believed. She’ll also need to figure out how to cope with the entire truth, not just the appealing aspects.

In “Pawleys Island” by Dorothea Benton Frank, the main character Rebecca Simms leaves her crumbling life to run away on Pawleys Island because she can’t handle all the pressure around her anymore.

Pawleys Island is in South Carolina, where Rebecca finds herself again.

There, she meets three people who will change her life: a wise octogenarian, a gallery owner, and a retired attorney.

The octogenarian pries into Rebecca’s secrets, the gallery owner introduces her to new possibilities, and the attorney helps her out of her divorce.

Through these three characters, Rebecca learns how to live life again and learns that the only way to do that is by genuinely finding who she is instead of living a life she thinks she should lead.

This book is about family, self-discovery, and friendship. You will like all the characters, and the story will capture you.

After a devastating accident, Betts leaves Charleston and moves to New York City, calling off her engagement with JD.

She runs away to New York and starts a new life for herself and her son, leaving behind her family and best friend. Then, 20 years later, Betty’s company, a top investment bank executive, takes on the Bulls Island project.

She is forced to live in her past and return home, reuniting with her family and JD.

Betty struggles not to fall in love with JD again while rediscovering old memories and secrets that threaten everything she holds dear.

Betts returns to Bulls Island after years of estrangement. Her reunion with JD, for whom she still has feelings, is a complex process that involves not-so-veiled memories of their last painful meeting and the secrets they both kept from one another.

Holly is over thirty and unmarried, under the pressure of finding the one. Holly lives in a small town on an island where she breeds bees and works as the librarian at the library.

Her mother is a demanding sufferer from hypochondria. This causes Holly to find some peace in the lives of the children next door and their father, Archie.

Holly is constantly helping the boys with their problems, though she’d rather not.

On the other hand, Leslie has had a difficult time and returns home. A lovely narrative follows about two sisters and their mother who reconnect, regroup, and grow together due to this.

Queen Bee is a story filled with family, love, and relationship. It gives readers an in-depth look into relationships that are sometimes difficult but can be deeply rewarding when done right.

Cate Cooper is recently widowed and now homeless. She struggles to find a new life after losing everything because of her husband’s financial and emotional abuse.

Cate returns to her hometown, Folly Beach, South Carolina. The place where all the ghosts of her past roam freely. She grew up here and had some of the best moments of her life with her family. After just a couple of weeks back in town, Cate finds herself drawn to an old cottage on Folly Beach called “the Porgy House,” which was the home of two writers, Dorothy Heyward and her husband DuBose both loved the ocean and music.

When Cate looks at her life and all of the zany people who are a part of her family anew, she discovers that Folly Beach holds more than just memories.

She revisits places she loved as a child to discover who she is now. Not only does Cate learn so much about herself, but she discovers that Folly Beach holds the promise of the woman she’s always wanted and is finally ready to become.

Caroline Wimbley Levine returns to Tall Pines Plantation in Lowcountry summer after her mother’s death. She never expects to make peace with the truths about her family that she buried long ago. But old scars, betrayals, and sinister secrets will resurface in the South Carolina countryside. Then, finally, Caroline and her family will rise along the banks of the mighty Edisto River.

Lowcountry Summer is a novel about family conflict and dark secrets by Dorothea Benton Frank.

10. The Land of Mango Sunsets

The Land of Mango Sunsets tells the story of Miriam Elizabeth Swanson, a woman who moves to Sullivans Island after struggling to find her place in life in New York City. Miriam meets new people on Sullivans Island and experiences new things, including a renewed sense of self-discovery. She eventually learns to appreciate the simpler things in life and comes to terms with her past mistakes.