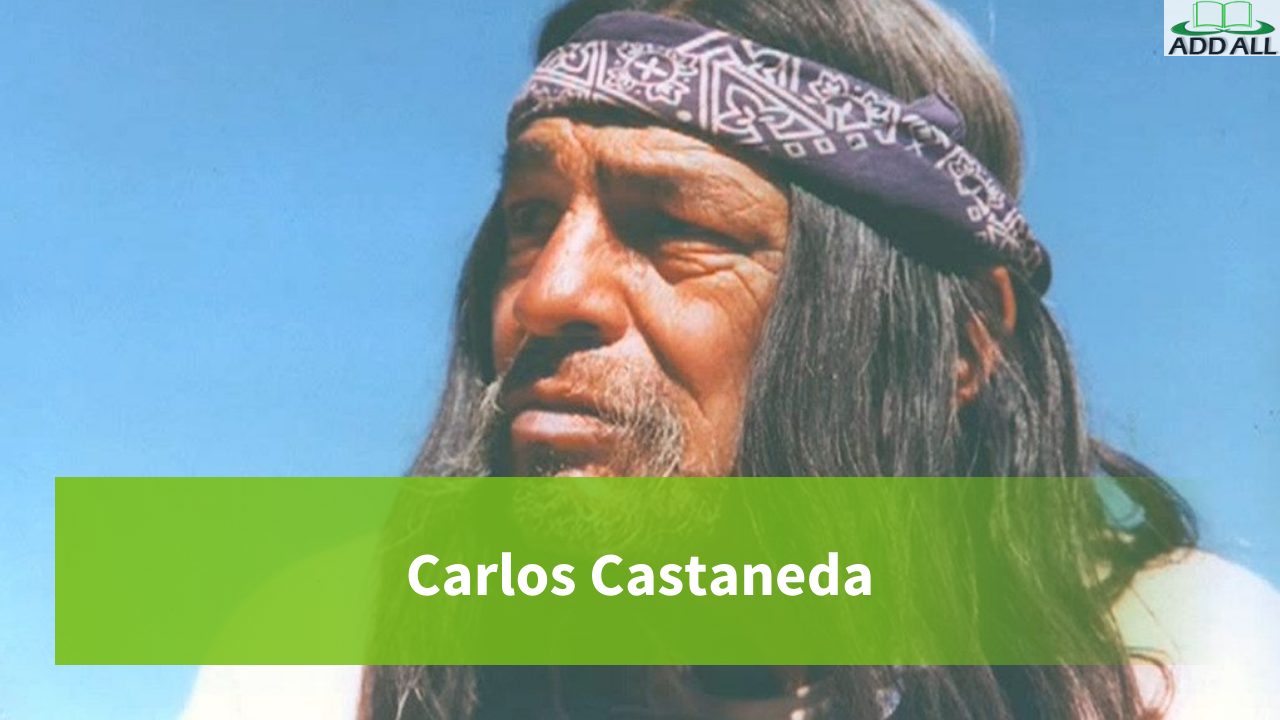 Born in 1925, Carlos Castaneda was a writer from America who was well-known for starting his writing career in 1968 with The Teachings of Don Juan. He later wrote down a series of books to describe his education in shamanism that he received under Don Juan Matus, a Yaqui ‘Man of Knowledge.’

According to Carlos, these books were an accurate account of his life and his teacher, recognized as a leader of sorts amongst the seers. His books became renowned because his supporters were sure that they were based on the true accounts of Carlos’ ascendency as a seer.

Even after attaining a Bachelor’s degree and a Ph.D., Carlos Castaneda continued to write about his training under Don Juan; each new aspect of his training has been written down beautifully in his books.

In this article, we will talk about some of the best books penned by Carlos Castaneda. All you need to do now is lie down and sip on some hot coffee. These books will blow your mind!

The Teachings of Don Juan Books In Publication Order

Carlos Castaneda was a Peruvian-born American anthropologist and author. He wrote numerous books based on his experiences with ‘don Juan Matus,’ a Yaqui Indian sorcerer, between 1960 and 1973.

He claimed that don Juan had initiated him into a Native American group called the Sorcerers’ Guild, where he learned sorcery from the CJenteros. However, critics have since labeled Castaneda a fraud because of several discrepancies in his writing that indicate some stories may be fictional or exaggerated.

Some criticize Carlos Castaneda for being a fraud and making up many of the stories in his books. However, other readers appreciate his writing style and how it makes them feel like they are experiencing a similar transformation after reading about it.

The vivid imagery used by Castaneda makes his books seem as if they are nonfiction.

The controversy surrounding the authenticity of Carlos Castaneda’s writings has led many to view his books as fiction rather than nonfiction. However, some believe that Don Juan was a real person and taught Castaneda shamanism. Unfortunately, it isn’t easy to know what parts of his writing were real and which were fabricated because there is little evidence either way.

1. The Teachings of Don Juan

The Teachings of Don Juan: A Yaqui Way of Knowledge
More info

The Teachings of Don Juan is a book that deals with both allegory and ethnography. Castaneda, who was under the tutelage of Don Juan, takes us on a journey to the moment of the twilight, through the cracks between darkness and daylight, into a world that belongs to a different order of reality.

Carlos aimed to show the world his journey through the anthropological maps to view a whole new world within and beyond them. While Carlos learned everything about anthropology from his professors, Juan Matus, the Yaqui sorcerer, taught him something that required more than just thinking and talking.

At the end of this book, Carlos also included a 71-page ‘Structural Analysis’ where he wrote about his experiences with Don Juan. Since this particular structure (analysis) cannot be seen in his other books, it can be presumed that this was the last of Carlos’ anthropologist avatar.

Written in 1971, A Separate Reality is a novel that can be considered a sequel to The Teachings of Don Juan. Throughout this novel, you will see how Matus tries to get Carlos to ‘see’ and ‘perceive energy that flows through the universe.’

This particular novel describes Carlos’ connection with Matus. For instance, Matus believed that reality is often based on an endless number of ‘luminous eggs’ that exist in a world beyond. While an average person may not be aware of these ‘eggs,’ a shaman can enter these ‘eggs’ to transcend bodily death.

Another important concept of this book is dreaming, which is often the easiest way to communicate with a higher consciousness. Additionally, it talks about meditation, where the seeker needs to still the voice of his consciousness so that they can speak with the true nature of reality.

The Journey to Ixtlan is a memoir of Carlos Castaneda where he explores the teachings of Don Juan Matus, with whom Carlos started a philosophical and intense apprenticeship. Carlos was the apprentice of Juan for nearly 11 years, where he was introduced to the perspective and tradition of shamanic practices.

The Journey to Ixtlan talks about the Yaqui Indian’s usage of various types of plants for their psychotropic effects. According to Carlos, the exposure to psychotropics offered a window to alternative realities. With the help of shamanic training, Carlos mentioned that one could establish a more permanent connection to the same realms.

In this book, Carlos mentions that Don Juan could read his mind. As a result, he gravitated towards his mentor, which ultimately forged a true friendship. Juan also made Castaneda converse with plants.

In his fourth book, Tales of Power, Carlos Castaneda describes the end of his apprenticeship under Matus. Like all the books mentioned above, Tales of Power has been inspired by Native American mysticism. In this book, Carlos attempts to blend his narrative and philosophy about his training in shamanism.

This book has been written in the first person and will take the reader into the unknown. The story revolves around how Castaneda struggled to overcome his assumption, mental laziness, fears, and immaturity to be trained in the art of sorcery.

When you read Tales of Power, the experience will be like being suspended in time. You may even consider it something like a hypnotic reading.

Second Ring of Power shows how Carlos Castaneda meets his fellow sorcerer’s apprentices. He also learns to pay attention to the other world, dreams, and live impeccably. This book also encounters Carlo’s most significant test on the journey towards freedom.

Second Ring of Power attempts to take the reader to the very heart of sorcery. It will challenge both reason and imagination, thereby shaking the very foundation of what we believe is logical and natural.

Carlos attempts to overpower the sorcery of Dina Soledad, who herself was transformed from her meaningless and defeated life to a stalker of power, a hunter, and a warrior.

Eagle’s Gift by Carlos Castaneda describes his apprentice/anthropologist trials, dealing with memories that have grown from the blanked-out second awareness of his mind. Overall, Carlos explains how ‘the Eagle,’ a spiritual symbol, works to recruit ‘impeccable’ warriors and train them according to the meticulous ‘Rule.’

In this book, you will find the reunification of the Genaros, la Gorda, Carlos Castaneda, and the three little sisters in a weird period of their lives. Carlos also mentions visiting various archeological ruins that talked about the apprentices’ realignment, conflict, and attention.

La Gorda and Carlos dream together, and Carlos actively participates in his dreaming, where Dona Soledad reappears and talks about ‘parallel lines.’ Silvio Manuel’s name brings vague and dreadful memories of a rotating ‘wall of fog.’

Fire From Within is a narrative by Carlos Castaneda about his experiences with a master sorcerer, Juan Maus. This book records the details of his final training before his master departs. It provides an exciting account of the knowledge gained from Juan Matus.

Carlos talks about the three facets of a seer’s training – masteries of intent, stalking, and awareness. According to the seer, the new cycle of life is not caught by death. Instead, they are chosen from the moment they depart from the world. Juan also teaches Carlos about shifting his assemblage point.

Again, based on the methods and teachings of Don Juan Matus, the Mexican-Indian sorcerer, Carlos accounts his journey towards becoming a sorcerer. Castaneda mentions that it is essential to train intelligently for years to deal with daily things.

Juan describes himself as a nagual, the local name for a sorcerer. According to the nagual, the world contains great energy bans from the spirit world. This energy that keeps manifesting itself is known as intent.

At the very center of the universe, there is the Eagle, which can be seen as a God-like entity. The center of the energy bans is known as the assemblage point; this is where the state of each person is dictated.

9. The Art of Dreaming

The Art of Dreaming is one of your psyche’s most exciting and extraordinary adventures. This book will take you on a remarkable journey of your soul, thanks to the teachings of Don Juan, the great sorcerer.

With the help of powerful and ancient techniques, Carlos can alter his state of consciousness and travel to new worlds. While he does encounter remarkable beings, there are some dangerous ones too.

The compelling writing style of Carlos will enable you to participate in his thrilling and eye-opening explorations and discoveries completely. Like the ‘layers of an onion,’ the author will make you realize that there are worlds that exist alongside our very own; all you need to do is a dream of visiting them.

Three decades since his first release, Carlos’ last piece of work, Magical Passes, still maintains the secrecy about the practices the Yaqui Indian sorcerer taught him. In this book, however, he reveals the secret belongs to a tradition that reaches back more than 27 generations, revealing magical passes, a set of physical movements.

The purpose of these movements is to redeploy and agitate the energy fields within the body, thereby inducing ‘inner silence’ and an optimal state of being and heightened awareness.

These movements can also be adapted to modern life, which Carlos refers to as tensegrity, the combination of integrity and tension; these two words are also the driving forces of the magical passes.

The movements and postures deal with problems like left- and right-body integration, dreaming, decision-making, recapitulation, and intent. These movements have been illustrated in Magical Passes and are not difficult to achieve.