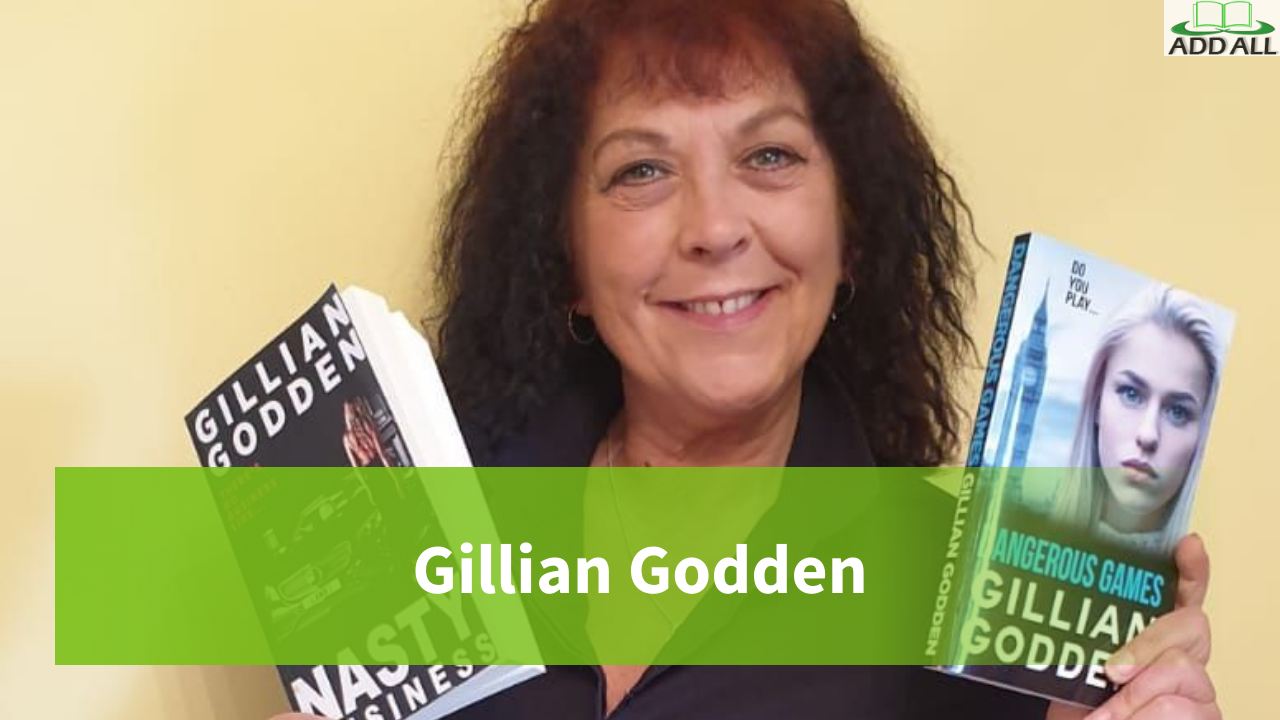 Gillian Godden is an England Indie author who writes about her NHS job, which is not a 9-5 job. She does everything she can to support her patients and support her readers by writing books for them. Her first book, “Francesca” was written as part of a local library competition with two prizes: one for the best story and another for the best picture of a pigeon fancier or addicted crocheter. Unfortunately, Gillian lost to the pigeon fancier, but she’s still using this experience to showcase her first book on Amazon and online book clubs.

For people interested in more detail about Francesca’s life when Tony Lambrianu became so successful in the London Gangland crime world, Gillian wrote “Dangerous games and Nasty business.” She completed the series by writing “Dirty Dealings.”

Julie and Ralph Gold are two other characters that Gillian’s readers have interested in. So, to answer their questions, she wrote “Gold”, a standalone book that tells more about Julie and Ralph’s life and how they met.

Dangerous Games tells the story of Annette Lambrianu, a young woman who leaves her family’s vineyard to find adventure in London. Antonias Lambrianu, her son, is taken from his home and raised on the streets, where he learns the importance of money and power. When their past catches up with them, Antonias must use all his skills to survive and achieve his goals. This is a tale of love, betrayal, and danger, with high stakes for all involved.

Tony is the head of a high-end nightclub in the West End. He has a lot of successful women in his arm, but he is driven to achieve more and more. He wants to be accepted by Ralph Gold and become a bigger part of his crime organization. His life as the boss of the London underworld is a nasty business, but it’s all he knows. He’ll do whatever it takes to succeed.

Francesca needs to find work fast to keep a roof over her newborn baby’s head, so she takes a job as a barmaid at a local strip club. However, she soon decides to work as a stripper instead since the money is better.

She meets Tony, the club owner, and they fall in love. However, Tony is a criminal with ties to the mob, so Francesca has to marry him to keep him from hurting her family.

Although she’s initially reluctant, Francesca comes to care for Tony, and they have a happy life together. But when Tony’s criminal past catches up with them, their relationship is ultimately tested.

Tony Lambrianu is the head of a gangster empire, and he has to be careful at all times to protect himself from deceit and betrayal. He’s about to find out who his true enemies are, while his daughters Scarlet and Katie are determined to build their criminal empire. In a fight for personal survival and to safeguard his family, Tony faces the most difficult battle of his life. The danger comes from unexpected places, and everyone is willing to resort to dirty dealings to get ahead. How far will Tony go to protect his empire?