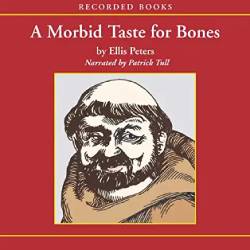 Like most readers, I suspect, in these busy times, I seem to do the majority of my reading about eleven o’clock at night, climbing into bed with a book after a very long day, perhaps with a groan or two of exhaustion. At such moments, I do not want James Joyce, probably not even Dostoevski; what I want is something cozy . . . and, well, restful.

So what is a “cozy” read? For me, it has to be entertaining, intelligent, well-written, and somehow take me out of myself – take me on a trip to a reality I don’t ordinarily inhabit. Recently, alas, I’d been having trouble finding just the perfect book to cuddle up with when my wife brought home from a library book sale the first three Cadfael mysteries, written by the British writer, Ellis Peters – the nom de crime of Edith Pargeter, author of scores of books under her own name. Ellis Peters translates poetry from the Czech is her spare time, and has won the Silver Dagger Award in Britain, and the Edgar in America. I soon discovered why she is so highly regarded. 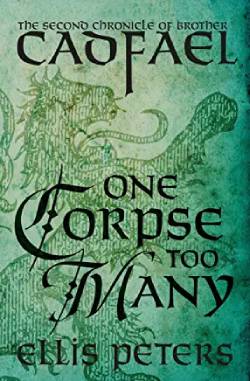 As everyone knows who watches the program Cadfael Mysteries on Public Television, Brother Cadfael lives in 12th century England and is a monk at the Benedictine Abbey of Saint Peter and Saint Paul in the town of Shrewsbury. Like most good detective heroes, Brother Cadfael is just a little smarter than everyone else around him; he’s an expert in herbs that heal, and herbs that kill, and has a positive flair for medieval forensics. Derek Jacobi, a fine actor, portrays Brother Cadfael on TV, but does not quite do justice to this shrewd, complex man – a monk who has returned from the Crusades and has lived the worldly life of a warrior before joining the Benedictine order.

The real triumph of Ellis Peters is that she takes us very convincingly to 12th century England, filling in the details and setting her crimes within the politics and customs of the day. She is a very good writer. There are also wonderful secondary characters that appear from book to book: the modest, somewhat befuddled Abbot Heribert, a gentle and holy man; the coldly arrogant Prior Robert, second in charge at the abbey; and Robert’s toady, Brother Jerome, who oozes with sanctimony, a hypocrite who would be right at home in any country parish today. 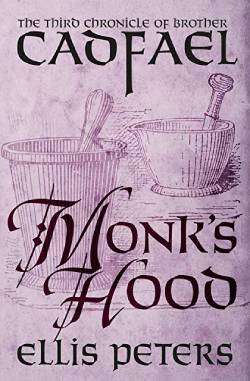 As for Brother Cadfael, he would rather be working in his garden than kneeling at prayer, but when murder is afoot, he is the first to leap to action . . . particularly when the fate of a lovely young woman is involved, which is often the case.

Unlike many mystery series, the Cadfael series novels are numbered on their covers and are best read in order. The first three that I went flying through with page-turning obsession are called A Morbid Taste for Bones ; One Corpse Too Many ; and Monk’s Hood . There are twenty books in all, at last count, and they are published in paperback in America by Mysterious Press. These books are much better than the TV series: a literate jaunt into the green forests of Merrie Olde England, where there are no cars or computers, but human foibles, and malice, are remarkably familiar.